It was the early 1980s, and Robb Dunfield, 19, was ready to celebrate the first night of summer with his friends in Vancouver’s Spanish Banks.

Looking for a high spot to watch a flotilla of tall ships in the dimming light, they climbed up to the third floor of a condo under construction, and were ready to settle into an unfinished balcony.

The two-by-four that was the railing, attached to the skeletal building by two nails, gave way as his two friends put their weight on it.

“When I went to lean on it, there was nothing there,” he says. “I didn’t have a chance to react to it. I landed on my head.”

One friend broke a hip and had a lengthy hospital stay and the other was knocked unconscious with a severe concussion.

Compared to Dunfield, they “more or less walked away from the fall.” 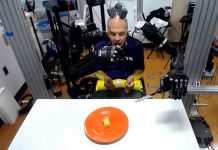