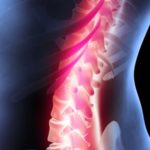 Overview
The spinal cord is often called as a delicate tissue, which is secured inside very hard vertebrae of spinal column. The spinal cord and brain is seen forming the central nervous system of our body. The spinal cord is basically made up of millions of nerve cells, which carry a number of signals to our brain and out over the other parts of human body. Unfortunately with issues like injuries with accident and with age or other ailments the spinal cord can end up getting injured. There are certain spinal cord injuries, which can be fixed with the help of treatment options like cell transplantation. Now, let us dig in deep into this treatment option in the following paragraphs:

The acceleration and retardation events can also give spinal cord injuries but rarely are seen leading to complete disruption of this organ. At the cellular level, you can find axons being crushed and torn along with oligodendrocytes. It is the nerve cells, which make up the insulating myelin sheath over the axons that start up to die. The exposed axons are responsible in the degenerating of the connection found in between neurons that are disrupted and then seen flowing the info in between the spinal cord and brain that gets blocked.

Use of Cell Transplantation in Spinal Cord Injuries
A spinal cord injury is often complex and so is the case with its treatments. There are different types of damages when it comes to choosing the kinds of cells. The environment of the spinal cord is seen changing dramatically in the initial weeks after the injury is seen acting over the proper time point and over the precise targets. As per research over the animals, the cell transplantation can contribute to the repair of the spine, which goes similar to the human as well. The use of cell transplantation in spinal cord injuries goes the following ways:

Replacing the nerve cells, which have died down due to injury
Generating a new supporting cells, which will then reform the insulating the nerve sheath and then act like a bridge over the injury in order to stimulate the re-growth of the damaged axons
Securing the cells over the inury area from the further damages that are caused for releasing the secured substances like the growth elements and soaking up the toxins like free radicals when seen applied over the spinal cord shortly over the injury.

There are different kinds of cells like the stem cells that are found from a wide range of sources like brain tissue, the nasal cavity lining, embryonic stem cells and sooth pulp that carry tested over the studies. These are mostly seen in the partial recovery function, however, the active area of the research are seen testing the other results.

Living with a spinal cord injury for 50 years and counting!