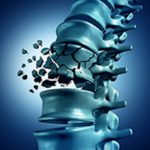 If you have a spinal cord injury, recent reports on stem cell therapy look like a dream come true. Like wire spliced into a severed cable, stem cells could restore communication between your body and your brain.

After endless numbness, you might once again feel the grass between your toes or the caress of a lover. After an eternity of motionlessness, you might rise from your chair or hoist a glass of wine to your lips.

After endless numbness, you might once again feel the grass between your toes or the caress of a lover. After an eternity of motionlessness, you might rise from your chair or hoist a glass of wine to your lips.

“This is very exciting for patients,” says Jeffrey C. Wang, MD, chief of the Orthopaedic Spine Service at the University of Southern California in Los Angeles. “Whenever they hear about stem cells, their eyes light up.”

Clinics around the world are already offering such treatments. But the science is still in its infancy. As research progresses, it is heading in so many different directions that it has become more difficult to know which technique might eventually fulfill the promise.

“It’s hard to get these studies done,” Dr Wang says.

In many ways, spinal cord repair looks like the killer app for a technology that has been kicking around for decades. When an accident damages your spinal cord, you lose some or all of the ability to move or feel below the site of the injury. Some patients can’t control much below their necks; it’s hard to think of a more debilitating condition. And despite the dramatic progress in so many other areas, medicine and surgery can’t do much to help.

The problem is that the spinal cord doesn’t heal. In the aftermath of the injury, the inflammatory response includes the release of inhibitory factors in a chain reaction ending in retraction of the nerve cells’ axons. The damaged area expands into a cavity, and scar tissue blocks healthy cells from bridging it.[1]

Fewer than 1% of patients who can’t move their legs and feet a month after a spinal cord injury ever walk again.[3]

Researchers have been looking for ways to transplant new cells into the gap. Stem cells look like good candidates. These immature cells can grow into many, if not all, of the tissues in the human body—including nerve cells. Not only could they form a bridge across the lesion, but they also may excrete factors that decrease the harmful inflammation.

“A lot of people would agree that getting at what’s causing the problem is the way to treat it,” says Dr Wang. And recent reports are tantalizing.

In one recent study, researchers from two centers in Salvador, Brazil, transplanted stem cells into the spines of 14 people whose spinal cord injuries had left them with no motor or sensory function below the waist. All of the patients regained the ability to feel light touch, and some recovered some movement in their legs.[4]

At the Trivedi Institute of Transplantation Sciences in Ahmedabad, India, researchers treated 10 similarly disabled patients. “They were desperate for any other therapeutic modality available,” the researchers write. After 8 months, eight patients could walk for an hour or more while leaning on walkers. Bladder and bowel function improved.[3]

More such studies keep popping up from around the world. And on their websites, clinics dangle the promise of these treatments to an international audience. A Web page of the Stem Cell Institute in Panama City, Panama, for example, tells prospective patients that a patient’s own bone marrow or human umbilical cord tissue (donated by mothers after normal, healthy births) can be used to treat spinal cord injuries and that “a number of published papers and case studies support the feasibility of treating spinal cord injury with allogeneic human umbilical cord tissue-derived stem cells and autologous bone marrow-derived stem cells.”[5]

And NeuroGen Brain & Spine Institute in Navi Mumbai, India, will consult with you over the phone, help you arrange your visa, pick you up at the airport, and whisk you to its operating room.[6]

Greater Restrictions in the United States

It’s harder to find stem cell treatment for spinal cord injuries in the United States. The US Food and Drug Administration (FDA) has prosecuted physicians for selling stem cells from umbilical cords to be used in medical treatments.[7]

Until last year, US clinics had continued operating under the assumption that the FDA would not object to treating patients with cells taken from the patients’ own bodies. But the agency has issued draft guidance saying that these products would only be allowed for homologous purposes—skin cells for skin treatments, bone cells for bone treatments, etc.[8]

In December, the FDA issued warnings to a clinic in Newport Beach, California, cautioning it not to offer even autologous stem cells as treatments for such conditions as Parkinson disease and multiple sclerosis.[7]

The science doesn’t yet support these treatments, says Dr Wang. “In order to get at the evidence, you’ve got to do the proper studies,” he says. “It’s very difficult to get those studies done. So there are some pretty large barriers to making these the standard of treatment that insurance companies will reimburse.”

Ideally, large, randomized controlled trials are needed. The studies from Ahmedabad and Salvador, for example, involved only a handful of patients, and they had no control groups. Might these patients have regained function with physical therapy alone? Could the surgery have had a placebo effect?

The treatment is not without risks. One patient in Salvador developed a cerebrospinal leak that required another procedure to resolve.

Worse, physicians don’t know exactly what stem cells will do once the cells find themselves in a new environment.

“[Stem cells] can become a hazard in the spinal cord environment and cause significant difficulty—up to and including death—if they are not controlled in a reasonable way or encouraged to mature in a productive way,” says Robert Eastlack, MD, an orthopedic spine surgeon and researcher at Scripps Clinic in La Jolla, California. “In the spinal cord environment, there are stories of stem cells growing unchecked into support cells that suffocate the nervous system.”

In addition, there is no consensus about which stem cells to use. Researchers have explored a variety of approaches. Embryonic stem cells are pluripotent: They can differentiate into any tissue. But their use has met ethical objections. They carry karyotypic abnormality and as such may increase the risk for cancer when cultivated. As allografts, they require suppression of the patient’s immune system.[2]

Mesenchymal cells, the type used in the Ahmedabad and Salvador trials, can be harvested from many of a patient’s own body parts—including fat, bone marrow, umbilical cord, blood, and molars—so their use doesn’t require suppressing the patient’s immune system. But they are multipotent—limited to lineages of the mesoderm in embryos—so it’s not clear how completely they can take on the function of nerve cells. And they may not last as long as embryonic stem cells once transplanted.[2]

Induced pluripotent cells are mature cells reprogrammed by manipulating their genes, a process developed within the past 10 years. They can become nerve cells, because they can be taken from the patient’s own tissue, or manipulated in such a way that immunosuppression isn’t necessary. But the reprogramming process takes several months, so it can’t be used in the first few weeks after an injury, the ideal window for transplantation.[2]

Theoretical risks for induced pluripotent cells include unpredicted mutations and clone-to-clone variation, plus the possibility that the cells will retain an epigenetic “memory” of their tissue source that influences their differentiation. In animal studies, the virus typically used to manipulate these genes sometimes caused cancers.[9]

The Future of Stem Cells in Spine Surgery

Despite these barriers, stem cells appear to have a promising future in spine surgery, and some spine surgeons are gaining aptitude in their use. For example, Dr Wang’s clinic takes stem cells from patients’ bone marrow, isolates the mesenchymal stem cells, and uses them to aid in fusion procedures along with cadaver bone used as a scaffold.

The procedure works better than the traditional autologous graft of bone from the patient’s iliac crest because harvesting that bone can be painful, says Dr Wang.

Dr Eastlack is more skeptical. “There are many other alternatives with likely equivalent success, if not better success, and so the bar is very high for stem cells to be of meaningful use in the fusion model,” he says.

Stem cells might also prove useful in treating degenerative disc disease, adds Dr Eastlack. “The success with that is unknown,” he says, “but I think the technology is promising.”

Dr Wang, in turn, sees lots of challenges in this application. The stem cells are likely to wash out of the discs or die in the acidic environment there, he says.

“There is good promise [in the use of stem cells for spinal cord injuries],” says Dr Eastlack. “But we need a great deal more validation, research, and understanding of the cost implications.”

It’s a difficult message to deliver to desperate patients, but it’s better than charging them for expensive, dangerous procedures with barely any track record.

Funding Your Way to Quality of Life