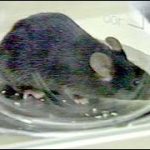 Doctors trying to find a way to repair devastating spinal injuries have used a plastic tube implant to restore some movement in rats.

However, experts say this is simply a step forward in the search for a “cure” which may be some years away.

The simple, tiny tube may act as a “bridge” which allows regrowing nerve cells to stretch across the gap left by an injury, and hopefully make connections on the other side.

The research team, from the University of Toronto, looked at 80 rats with spinal cord injuries.

The tube, made out of the same material used for certain types of contact lenses, is only five millimetres long.

In each case, it was placed over the break, and the damaged tissues were bathed within it in chemicals designed to promote nerve re-growth.

Professor Molly Shoichet, who led the experiment, said: “We saw some directed nerve tissue growth along the plastic tube, but we do not yet know if the severed nerves were connected to the newly-grown tissue.

“We hope that once axons grow across the gap they will make the appropriate connections.”

However, when the rats were assessed for any improvements in their mobility, the results were encouraging.

On a scale of one to 21, where one is complete paralysis and 21 is normal movement, the rats scored an average of two prior to treatment.

Post-treatment, they scored between eight and 11.

However, there are still substantial obstacles before humans can be successfully treated for paralysing spinal cord injuries. 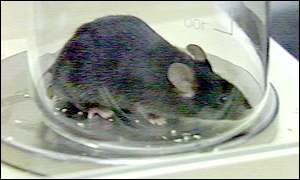 The Toronto researchers say much more work in animals is needed before their technique can be tested on humans.

Although nerves in other parts of the body can quickly regrow after damage, in the spinal cord itself, they appear unable to do so, particularly when the nature of the injury means there is a large gap to cross before separated cord ends can rejoin.

To combat this, chemical growth factors are used which encourage growth.

However, in addition, scar tissue which forms quickly around the injury site also produces a body chemical which inhibits regrowth.

Scientists are also developing various treatments which may be able to overcome this process.

Other teams are developing chemicals, which, like the tube, may be able to provide a “scaffolding” to encourage the nerves to grow together.

Dr James Fawcett, from the Cambridge Centre for Brain Repair, is one of those working to overcome the obstacles to regrowth in spinal cord injury.

He told BBC News Online: “This is going to be the hardest thing that anyone has ever done in medicine.

“While I am confident that we will see clinical trials looking at some of this research, these may still be some years away.”

Professor Shiochet’s work was presented at the annual meeting of the American Chemical Society.

When SCI Isn’t an Accident