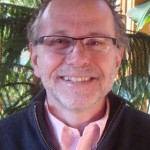 $3.4M from NIH for brain development and injury research; $300K from Neilsen Foundation to study recovery of movement after brain or spinal injury

The laboratory of Dr. John Martin, medical professor in The City College of New York’s Sophie Davis School of Biomedical Education, recently received $3.7 million for three new investigations into how the nervous system controls movement. Two $1.7 million, five-year awards from the National Institutes of Health and a grant of $300,000 over two years from the Craig H. Neilsen Foundation comprise the funding.

The funds will be used to generate new understanding of the connections between the brain and spinal cord that control movement. The studies will address brain development as well as recovery of movement function after brain or spinal injury.

“Our studies aim to repair the damaged nervous system after injury to restore the connections for movement,” Professor Martin said. “Ultimately, we aim to translate what we learn to devise therapies for humans with mobility impairments.”

One project supported by NIH focuses on repair of connections for movement that were damaged during early development. Professor Martin and colleagues are studying how electrical stimulation after brain injury can reestablish lost connections and, in turn, restore movement function. This has important implications for devising therapies for movement developmental disorders such as cerebral palsy, which affect between two and three out of every 1,000 births.

In a previous investigation, Professor Martin’s lab discovered an important basic mechanism that determines development of the connections for movement: more active nerve cells are able to make more connections and stronger connections between the brain and the spinal cord.

This knowledge will also be applied to additional studies funded by NIH and the Neilsen Foundation to investigate movement recovery in mature animals. The NIH project will focus on basic mechanisms of nervous system plasticity and devising novel therapies after stroke. Funding from Neilsen will support studies to promote mobility after spinal cord injury.

Professor Martin noted that most nervous system injuries do not completely damage the parts of the brain and spinal cord that enable people to move; many connections are spared. Unfortunately, the spared connections often are not strong enough to produce a significant range of movements.

Stimulating outgrowth of neural connection from the motor cortex to the spinal cord could form the basis of a therapy to promote function after spinal cord injury or stroke in humans, he added. Applying magnetic fields or weak electric stimulation to the body surface over damaged brain or spinal cord is a non-invasive technique. Hence, it could be developed more readily than invasive procedures or drugs.

About The Sophie Davis School of Biomedical Education
Since 1973, the Sophie Davis School of Biomedical Education has offered a unique, seven-year BS/MD program that integrates an undergraduate education with the first two years of medical school. After five years, students transfer seamlessly to a cooperating medical school for the final two years. The school’s mission is to increase accessibility to careers in medicine for underrepresented groups and to train primary care physicians to serve in medically underserved communities. Around 40 percent of its approximately 360 students are African-American or Hispanic.

About The City College of New York
Since 1847, The City College of New York has provided low-cost, high-quality education for New Yorkers in a wide variety of disciplines. More than 16,000 students pursue undergraduate and graduate degrees in: the College of Liberal Arts and Sciences; the Bernard and Anne Spitzer School of Architecture; the School of Education; the Grove School of Engineering; the Sophie Davis School of Biomedical Education, and the Colin L. Powell School for Civic and Global Leadership.

Set on a striking, 35-acre hilltop campus in upper Manhattan, CCNY has produced more Nobel laureates than any other public institution in the United States. The College has been touted as one of America’s Top Colleges by Forbes, one of the Best Colleges in the United States as well as one of the Best Value Colleges by the Princeton Review, and ranks among U.S. News’ top regional universities.

I hoped I’d be able to walk, says scam victim