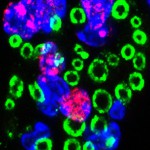 Researchers from King’s College London and the University of Oxford have identified a molecular signal, known as ‘neuregulin-1’, which drives and enables the spinal cord’s natural capacity for repair after injury.

The findings, published today in Brain, could one day lead to new treatments which enhance this spontaneous repair mechanism by manipulating the neuregulin-1 signal.

Every year more than 130,000 people suffer traumatic spinal cord injury (usually from a road traffic accident, fall or sporting injury) and related healthcare costs are among the highest of any medical condition – yet there is still no cure or adequate treatment.

Spinal cord injury has devastating consequences for muscle and limb function, but the central nervous system does possess some limited capacity to repair itself naturally.

Understanding what drives this repair mechanism could aid the development of new treatment strategies aimed at boosting the self-healing capacity of the injured spinal cord by taking advantage of ‘tools’ that the spinal cord already possesses.

For the first time researchers from King’s and Oxford have identified one of these tools, neuregulin-1, which signals from the surface of damaged nerve fibres during a process called ‘spontaneous remyelination.’

Spontaneous remyelination is a period of natural regeneration that happens in the weeks following a spinal cord injury. The process takes place as a result of damage to spinal nerve fibres which have lost their insulating ‘myelin sheath’. This myelin sheath is crucial for efficient communication between the brain and the body.

However, this natural capacity for repair is not sufficient for full recovery and may account for the compromised function of surviving nerve fibres, which can affect balance, coordination and movement.

They also discovered that mice without neuregulin-1 showed worse outcomes after spinal cord injury compared to mice with the gene intact, particularly in walking, balance and coordinated movements.

Elizabeth Bradbury, Professor of Regenerative Medicine & Neuroplasticity at the Institute of Psychiatry, Psychology & Neuroscience (IoPPN), King’s College London, and Medical Research Council Senior Fellow, said: ‘Spinal cord injury could happen to anyone, at any time. In an instant your life could change and you could lose all feeling and function below the level of the injury.

‘Existing treatments are largely ineffective, so there is a pressing need for new regenerative therapies to repair tissue damage and restore function after spinal cord injury.

‘These new findings advance our understanding of the molecular mechanisms which may orchestrate the body’s remarkable capacity for natural repair.’

Professor Bradbury added: ‘By enhancing this spontaneous response, we may be able to significantly improve spinal cord function after injury. Our research also has wider implications for other disorders of the central nervous system which share this demyelinating pathology, such as multiple sclerosis.’

Dr Katalin Bartus, also from the IoPPN at King’s College London, said: ‘We hope this work will provide a platform for future research, in which it will be important to test how enhancing levels of neuregulin-1 will improve functional outcome after spinal cord injury.’

This research is a collaboration between scientists at King’s – led by Professor Elizabeth Bradbury – who work on repairing traumatic injuries of the central nervous system, and a group of researchers at Oxford – led by Professor David Bennett – who work on nerve injury and myelination within the peripheral nervous system. The study was funded by the Medical Research Council, Wings for Life Spinal Cord Research Foundation, the Wellcome Trust and the International Spinal Research Trust and Henry Smith Charity.

King’s College London is one of the top 20 universities in the world (2015/16 QS World University Rankings) and among the oldest in England. King’s has more than 26,500 stu-dents (of whom nearly 10,400 are graduate students) from some 150 countries worldwide, and nearly 6,900 staff. The university is in the second phase of a £1 billion redevelop-ment programme which is transforming its estate.

King’s has an outstanding reputation for world-class teaching and cutting-edge research. In the 2014 Research Excellence Framework (REF) King’s was ranked 6th nationally in the ‘power’ ranking, which takes into account both the quality and quantity of research ac-tivity, and 7th for quality according to Times Higher Education rankings. Eighty-four per cent of research at King’s was deemed ‘world-leading’ or ‘internationally excellent’ (3* and 4*). The university is in the top seven UK universities for research earnings and has an overall annual income of more than £600 million.

King’s has a particularly distinguished reputation in the humanities, law, the sciences (including a wide range of health areas such as psychiatry, medicine, nursing and dentistry)

An ‘EpiPen’ for spinal cord injuries

Cowboy’s career on line after second blow to neck