For the first time, Toyota has tested its in-home robot in the United States.

The automaker, which has a growing interest in robotics and home mobility, spent three days testing with a paralyzed Army ranger recently. The robot would bring Romy Camargo water and snacks, and open his front door for him. The experiments are an early step toward in-home robots that cater to the needs of the elderly and disabled.

“It’s incredible,” Camargo said of the experience. “For me, it’s really comforting that I can still do things by myself and not have to depend on anybody else.”

Camargo was paralyzed by a gunshot to the neck in Afghanistan nine years ago. He now lives with his family in Tampa, Florida. Camargo and his wife Gaby run a nonprofit to assist people with spinal cord injuries. 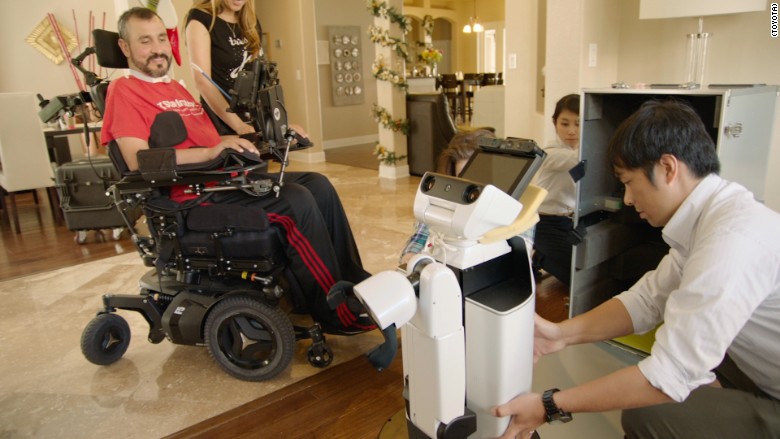 Camargo and Toyota made a list of tasks the robot would try and help Camargo with. At the top of the list was water. Camargo tries to drink 1.5 gallons of water a day to keep his kidneys running smoothly. But his nurses and wife aren’t always available to bring him a water bottle.

To retrieve his water, Toyota put a QR code on the bottle so the robot could easily identify it. The interior of Camargo’s home was mapped so the robot could navigate safely. The robot also relies on sensors on its head to see where its going. It has a large arm that it uses to grasp objects.

In another test, Toyota used facial recognition technology to have the robot open the front door of Camargo’s home. If he’s outside without his phone, it’s been difficult to get someone to open the door. So Toyota placed a camera outside the front door. When it recognized Camargo’s face, the robot — which remains inside — was triggered to hit a button that automatically opened the door. 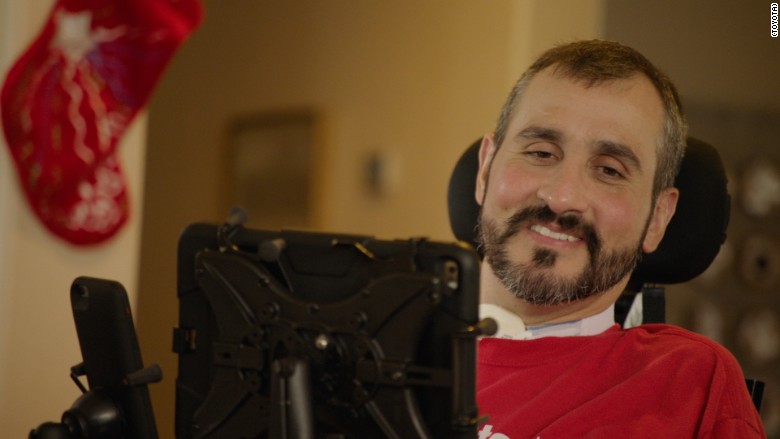 The robot still has a lot of room for improvement. It wasn’t able to fill Camargo’s water bottle independently. Doug Moore, a senior manager on the Toyota (TM) project, told CNN Tech they’re also thinking about how to improve the robot-human interactions, such as when Camargo wanted to drink from the water bottle.

In the long term, nations with aging populations such as Japan are expected to generate demand for the robots. It will be years before they’re ready, but Camargo is still filled with hope.

“Just knowing that this is going to help so many people — for me, it was awesome,” Camargo said. “So I tried to do the tasks as much as possible. And as many times as possible, from different locations.”