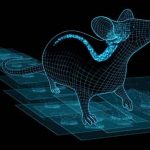 The first “pages” of the Allen Spinal Cord Atlas, backed by software billionaire Paul Allen and an unusual consortium of contributors, were made available on the Internet for an official unveiling. Eventually, the free online resource will offer 30 trillion bytes of data documenting how a mouse’s full set of 20,000 genes affect spinal cord development.

“The Allen Spinal Cord Atlas offers profound potential for researchers to unlock the mysteries of the spinal cord and how it is altered during disease or injury,” Allan Jones, chief scientific officer at the Seattle-based Allen Institute for Brain Science, said in a statement released early Thursday.
Even in advance of Thursday’s unveiling at a Washington news briefing, spinal cord specialists were grazing through data from the first 2,000 genes, said Jane Roskams, who is an associate professor at the University of British Columbia’s Brain Research Center as well as a member of the International Collaboration on Repair Discoveries, or ICORD.

“Inroads will start to be made when people start clicking on this thing,” Roskams told msnbc.com. “This is really going to open up the black box for us.”

Mice and humans share 90 percent of their genetic code, so the atlas will serve as a model for studying the mechanisms behind degenerative diseases such as Multiple Sclerosis and amyotrophic lateral sclerosis, or ALS, Jones said. Multiple sclerosis affects 2.5 million people worldwide, and an estimated 30,000 Americans have ALS.

From mice to men and women
The spinal cord atlas is set up much like the Allen Institute’s earlier atlas of the mouse brain. The atlas pinpoints which genes are “turned on,” or expressed, in the various types of neural cells along the length of the spine.

Each cell in the mouse spinal cord contains the full complement of 20,000 genes, but not every gene is active in every cell. The pattern of activation, known as gene expression, controls precisely how each cell does its thing.

To document how those genes are expressed, the institute’s researchers sliced up the spines from 4-day-old and 56-day-old mice. Those slices were mounted on microscope slides, and then digitally read using a robotic imaging system. About 25,000 slides are being digitized, with 32 slices of spinal tissue on each slide.

“We are running both adult and juvenile tissue, and as we’re looking at the first data that’s coming out, we’re already seeing that there are differences,” Jones said.

Researchers will be able to compare activated gene patterns at the different stages of development, tracking how genes should be turned on and off in normal cells. That will provide a baseline for seeing how those genes act differently in diseased spines.

Roskams compared the gene expression patterns to computer programs. Scientists would love to learn the genetic program for establishing spinal cord connections, so that they can try running that program on a patient after an injury. They’d also love to know how a genetic degenerative disease runs its course, so that they can try disrupting the process to keep the disease from getting worse.

“But in order to do that, you have to have the programs,” Roskams said. “What this gives us is the programs.”

New model for funding research
The Allen Institute used an unorthodox method to fund the $2.3 million spinal cord project, which is due for completion by early 2009, said chief operating officer Elaine Jones. She said the institute took on the project at the urging of scientists involved in spinal cord research, and turned to a wide range of public and private entities for support.

Among the contributors were the ALS Association, the PVA Research Foundation, Wyeth Research, PEMCO Insurance, the National Multiple Sclerosis Society, the International Spinal Research Trust and numerous anonymous donors. Those contributors together gave about $600,000, and institute founder Paul Allen made up the difference, Elaine Jones said.

No government money was used to fund the spinal cord project, she said. The institute was already sharing the lessons learned with other institutions looking for new ways to support research, she said.

Allan Jones said he couldn’t predict how long it would take for the data in the atlas to yield new treatments for spinal cord problems.

“We have to know more about the problems,” he said. “If you don’t set the stage for making that discovery, you’ll never make the discovery. If that happens in a month, it’s fantastic. If it happens in six years … well, these things are incremental, they build on each other. So we don’t know.”

After the spinal cord atlas is complete, the institute will focus on similar atlases for the developing mouse brain as well as the entire human brain — a four-year project that Allan Jones called “the big kahuna.”

“The human brain is the one that we’re just gearing up for,” he said. “It’s a massive project in many dimensions.”
© 2008 MSNBC Interactive