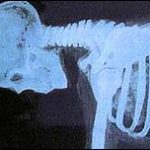 Scientists believe they are close to a significant breakthrough in the treatment of spinal injuries.

The University of Cambridge team is developing a treatment which could potentially allow damaged nerve fibres to regenerate within the spinal cord.

It may also encourage the remaining undamaged nerve fibres to work more effectively.

Spinal injuries are difficult to treat because the body cannot repair damage to the brain or spinal cord.

Although it is possible for nerves to regenerate, they are blocked by the scar tissue that forms at the site of the spinal injury.

The Cambridge team has identified a bacteria enzyme called chondroitinase which is capable of digesting molecules within scar tissue to allow some nerve fibres to regrow.

The enzyme also promotes nerve Plasticity, which potentially means that remaining undamaged nerve fibres have an increased likelihood of making new connections that could bypass the area of damage.

In preliminary tests, the researchers have shown that combining chondroitinase with rehabilitation produces better results than using either technique alone.

However, trials have yet to begin in patients.

Lead researcher Professor James Fawcett said: “It is rare to find that a spinal cord is completely severed, generally there are still some nerve fibres that are undamaged.

“Chondroitinase offers us hope in two ways; firstly it allows some nerve fibres to regenerate and secondly it enables other nerves to take on the role of those fibres that cannot be repaired.

“Along with rehabilitation we are very hopeful that at last we may be able to offer paralysed patients a treatment to improve their condition.”

Dr Yolande Harley, of the charity Action Medical Research which funded the work, said: “This is incredibly exciting, ground-breaking work, which will give new hope to people with recent spinal injuries.”

Paul Smith, of the Spinal Injuries Association, said medical advances meant that spinal injuries had ceased to be the terminal conditions that they often once were, but they still had a huge impact on quality of life.

However, he warned against raising expectation before the treatment was fully tested on patients.

He said: “What often happens in a clinical setting is that you don’t get to see the results you would have liked.”

In the UK there are more than 40,000 people suffering from injuries to their spine, which can take the form of anything from loss of sensation to full paralysis.

The average age at the time of injury is just 19.