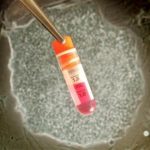 New international guidelines on human embryonic stem cell research called for close scrutiny of scientists and clear consent from people donating cells, but did not settle the issue of paying women who donate eggs.

The International Society for Stem Cell Research, the principal scientific group for stem cell scientists, said its 15 pages of rules released on Thursday were meant to establish ground rules for a field stung by a fraud scandal and opposition by some people on moral grounds.

Crafted by researchers, ethicists and legal experts from 14 countries, they are intended to encourage uniform research practices worldwide, but would not be binding.

Critics condemned the new guidelines, published in the journal Science and on the Internet at http://www.isscr.org//AM/Template.cfm?Section=Home.

The guidelines call for special scrutiny by institutions where research takes place, but do not specify a precise form of such oversight. They also require explicit consent from anyone donating cells for such research.

The society failed to reach consensus on whether paying even a modest amount of money to women who donate their eggs for research should be allowed.

The scientific community is still shaken by the revelation that landmark studies on human embryonic stem cells in 2004 and 2005 led by South Korean scientist Hwang Woo-suk were faked.

“We certainly hope that having guidelines like this in place will act to minimize the possibility that such a debacle will occur in the future,” the society’s president-elect, Dr. George Daley of Childrens Hospital Boston and Harvard University, said in a telephone interview.

The society said the rules embraced “core values” of guidelines recommended in 2005 by the U.S. National Academy of Sciences, while differing in some ways.

Stem cells are a kind of master cell for the body, capable of transforming into various tissue and cell types. Those taken from days-old embryos are especially malleable but “adult” stem cells found in babies and adults also have shown promise.

Many scientists hope to exploit the unique qualities of those cells to repair tissue damaged by disease or injury.

“This is worthless as an ethical guide because it is issued by scientists and entrepreneurs who have dedicated their careers to destructive human cloning and human embryo research and who will profit from the expansion of these abuses,” said Richard Doerflinger, an official with the U.S. Conference of Catholic Bishops.

“It is a recipe guide for how to prepare the chicken, written by the foxes.”

Some U.S. lawmakers are seeking to lift limits on federal funding for such research imposed by President George W. Bush, who argues U.S. taxpayers should not pay for studies involving intentional destruction of human embryos.

The rules permit the possibility of experiments creating types of chimeras — animals seeded with human cells — if they are approved by an institution’s stem cell research oversight mechanism.

Daley said the society was mindful the research was controversial. “We wanted to give a sense of transparency, that there were serious ethical discussions going on, that scientists were willing and eager to do the science under a rigorous set of ethically acceptable guidelines,” Daley said.