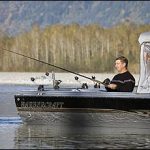 Twenty years later, Rick Hansen is still relentless in his pursuit of a cure for spinal cord injuries

The Man In Motion had nowhere to go.
Rick Hansen was looking for a place to escape from the sweltering 33-degree heat at his daughter’s soccer game this past summer in Chilliwack, B.C. All the parents headed for the stands, but there was no wheelchair accessibility.

Hansen ducked into a state-of-the-art hockey rink that was part of the new sports complex. He spotted a sandwich shop open on the next level, a welcome sight since he was hungry. That option was blocked, too. No ramp or elevator.

“So somebody wasn’t thinking,” said Hansen. “It means there’s more work to be done. It’s not a condemnation. It’s just a reality of the magnitude of the challenges that we face.”
It was 20 years ago this week that Hansen’s epic 40,000-kilometre, around-the-world wheelchair journey passed through Toronto. He’ll be here this week to mark that anniversary and also to be the first wheelchair athlete ever inducted into Canada’s Sports Hall of Fame tomorrow.

But Hansen is all about looking forward. Chief among the many projects he’s spearheading is a $100 million international spinal research centre that will open in Vancouver in 2008 and be virtually connected to 17 sites across Canada and multiple sites throughout the world.
The goals that powered the original Man In Motion tour — to change attitudes about the way people view people with physical disabilities and to find a cure for spinal cord injury — still provide the fuel that propels him.

“I hope that my best work’s still in front of me,” said Hansen in a recent interview over breakfast. “That’s why I get up in the morning with a new dream that I’m pushing for.”

Hansen comes across as more folksy than charismatic in person. When he relates the story about the accessibility problems at his daughter’s soccer game, there’s not a hint of anger or frustration in his voice — nor is there resignation.
The 49-year-old from Williams Lake, B.C., knows this is a marathon journey. Those who know him marvel at the skill set he’s developed to take on the challenge. After all, you don’t create an international foundation that’s raised more than $178 million without a lot of passion, commitment and intelligence.

Among those he’s inspired is former Olympic rower Silken Laumann, who describes Hansen as someone who does things “for the right reasons all of the time,” never compromising his integrity to forward his agenda.

Hansen’s accomplishments as an athlete often get overlooked, but he was a three-time world champion, winner of 19 international wheelchair marathons, shared the Lou Marsh Award as Athlete of the Year with Wayne Gretzky in 1983 and competed for Canada at the 1984 L.A. Olympics.

He embarked on the Man In Motion tour at the peak of his athletic career. He was following a trail blazed by a good friend, former roommate and training partner, Terry Fox. It was Hansen who recruited Fox to play for the Vancouver Cable Cars wheelchair basketball team after he lost his leg to cancer.
Like Fox, Hansen had to overcome a lot of self-doubt and skepticism.

“Some of the biggest dreams in the world were killed by fear of failure,” said Hansen. “That was Terry’s biggest lesson to me or through my exposure to him as a friend. The other is that during your darkest moments in journeys when you’re filled with despair and frustration and don’t think you can go any further that if you just hang in there, sometimes just around the bend that you can’t see, providence is gonna take you to the next level.”

What sustained Hansen during some of his toughest times were the moments he could see he was making a difference. He remembers in Eastern Europe when someone with a Disability pushed themselves out to watch him, sitting only on a piece of plywood with skateboard wheels, tears of joy on their face. In China, millions lined the streets from Beijing to Shanghai at a time when people with disabilities were being shut out.

“When I finished the tour, we got a call from a mother who said she had a dilemma in her life. She said, `I don’t know what to do because my 6-year-old son who has been following the Man In Motion tour at his school and been so caught up in it, when we were making choices for Christmas presents, what he wanted was a wheelchair just like Rick Hansen’s,'” recalled Hansen.
“He was fully able-bodied, so she was like, `How do I respond to that?’ Isn’t that a neat thing when a child’s looking at the chair like it’s a liberating opportunity to get out and do things and not see it as some burden.”

Hansen is also applying his leadership skills these days to trying to help the Environment, working specifically to help protect and rebuild the Pacific salmon stocks and Fraser River white sturgeon. An avid fisherman, Hansen’s injury happened when a pickup truck in which he was hitchhiking flipped over while he was returning from a fishing trip.

“It’s how my accident happened, but it’s how my character was defined before the accident,” said Hansen of fishing. “It was part of my Rehabilitation. I received so much from the outdoors. You can’t keep taking in life without giving something back. In our country, we’ve got one of the most beautiful places on earth. But if we don’t give something back to the environment, it’s not sustainable for us or for anything.”
Hansen lives in Richmond, B.C., with his wife Amanda Reid, who was his physiotherapist at the start of the Man In Motion tour and fiancée by the end of it, along with their three daughters, all of whom are heavily involved in sports and have their dad right there with them.

There was talk at the end of the tour 20 years ago about Hansen moving into politics and, while it’s a role you could envision him performing well, he said it’s not on the radar presently.

“I’m in a great place in my life right now,” he said. “I have a vision for the future. I have a mission that I’m still focused on. You never say never, but for this phase of my life, for at least the next five years, I’m locked and loaded and ready to go.”

Digital glasses for people without use of arms wins major award...