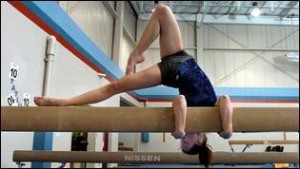 When a former high school gymnast in Sioux Falls filed a negligence lawsuit against her coaches, her school and a Sioux Falls training facility last fall, it cast light on issues regarding the safety of athletes as well as the vulnerability of coaches.

Andrea Wilson, now a student at Princeton University, fell from the uneven bars during an O’Gorman High School team practice in January 2003 at All-American Gymnastics Academy. She suffered a spinal cord injury, resulting in permanent Paraplegia.

The injury and pending litigation push to the forefront issues confronting schools and coaches every day.

If an athlete gets seriously hurt participating in a high school sport, and a coach and/or school is sued, could it discourage people from coaching or athletes from participating – particularly those involved in higher-risk sports such as gymnastics?

Coaches and state officials hope the answer to that question turns out to be no. Gymnastics is a sport already struggling nationally at the high school level, and another blow would not help the health of the sport in South Dakota.

“It could be a factor, but you could say that about any profession,” Wayne Carney, executive director of the South Dakota High School Activities Association, said about the lawsuit. “If you’re a college student, and you see that someone in the line of work you’re pursuing has been successfully sued, it might make you think twice about getting into that profession.”

What separates gymnastics from many other sports are the inherent physical demands placed on the athlete. It’s just plain more dangerous than sports such as golf.

High school gymnastics coaches, who must be certified in South Dakota, say one tragic incident does not make a trend.

A sport’s struggles
The results of a nationwide report analyzing high school and college sports injuries from 1982 to 2004 reveals gymnastics to be among the highest-risk sports for catastrophic injuries such as what Wilson suffered.

“Our numbers were down drastically after the season switch for volleyball and basketball,” Warne said. “I think because a lot of kids who were gymnasts were also basketball players, that’s the way it happened. But this year, our numbers increased. I think the middle schools and the clubs in town have been good feeder programs.”

Gymnastics coaches walk a narrow beam. Motivating athletes to accept challenges is at least one measurement of a successful coach, but safety has to be of equal concern.

“It’s a huge thing with me,” Warne said. “My philosophy is that you don’t take any risks if you think a girl isn’t confident and ready to do the skill. You just don’t allow her to do it.”

Coaching qualifications
There are no college gymnastics teams in the state, nor is there an established course at a state college that teaches gymnastics coaching.

Gymnastics coaches must go through a certification process to qualify as a coaching candidate, just as in other sports. The course work is harder to arrange than in many other sports because no state school includes it in its curriculum. That lack of training opportunities – far more than any fear of liability – has limited the number of people qualified to coach the sport in the state, according to Mark Meile, activities director for Sioux Falls public schools.

“No matter what, we make sure coaches are properly trained, especially in a sport like gymnastics,” Meile said. “But the hiring process has gone from there being a group of candidates to select from for an opening to having to go out and recruit someone to coach.”

For those who are qualified and committed, any attempt to push the sport off the high school menu – whether because of lawsuits or dwindling numbers – will be met with staunch resistance.

“It comes up every year,” Lincoln coach Les Frederick said. “If they’d stop threatening to get rid of it all the time, we’d be able to build our programs. There are definitely some people who’d like to see it go away. But I have strong feelings on this, and people are going to hear them.”

A trial date has yet to be set in Wilson’s lawsuit and is pending the selection of a judge.