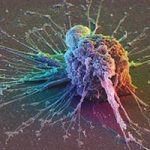 It’s a chilling thought. In the coming year, 130,000 people worldwide will suffer spinal-cord injuries—in a car crash, perhaps, or a fall. More than 90 percent of them will endure at least partial paralysis. There is no cure. But after a decade of hype and controversy over research on embryonic stem cells—cells that could, among other things, potentially repair injured spinal cords—the world’s first clinical trial is about to begin. As early as this month, the first of 10 newly injured Americans, paralyzed from the waist down, will become participants in a study to assess the safety of a conservative, low-dose treatment. If all goes well, researchers will have taken a promising step toward a goal that once would have been considered a miracle—to help the lame walk.

The trial signals a new energy permeating the field of stem-cell research. More than 3,000 scientists recently met in Barcelona for the annual conference of the International Society for Stem Cell Research, compared with just 600 researchers five years ago. Money from major pharmaceutical companies is following the advances. Former U.S. vice president Al Gore, now a partner in the venture-capital firm Kleiner Perkins Caufield & Byers, has thrown his weight behind the research. In April, the firm joined with Highland Capital Partners to invest $20 million in iZumi Bio (now iPierian), a startup firm working on stem-cell therapies.

Despite the considerable hype surrounding stem cells in recent years, the possibilities now appear to be broader than most people realize. In addition to helping replace damaged cells in patients with diseases like diabetes or Parkinson’s, stem cells have the potential to change how we develop drugs and unravel the biology of disease. They may even be used one day to create replacement organs. “There’s been a massive injection of optimism into the field,” says stem-cell biologist Alan Trounson, president of the California Institute for Regenerative Medicine. “It’s remarkable how fast it’s progressing.”

Much of the excitement comes from the development of a new type of stem cells, called “induced pluripotent” stem cells, or iPS. Shinya Yamanaka first concocted the cells in his Kyoto University lab by inserting four genes into fully formed adult skin cells. They began to behave like embryonic stem cells, capable of forming unlimited copies of any of the body’s 220 cell types. Because iPS cells can be derived from a patient’s own adult cells, they do not carry the risk of rejection by the immune system. Equally important, because iPS cells are not derived from embryos, they skirt a major ethical and religious problem.

The first iPS cells, however, will not be used as replacement tissue for spinal cords and other organs. Because iPS cells have subtle (and potentially dangerous) differences from true embryonic stem cells, many doctors are leery of putting them directly into patients until more research is done. But the cells could be immensely important in helping scientists understand and treat genetically based diseases.

By the time a full-blown disease has emerged, says Harvard stem-cell biologist Konrad Hochedlinger, it’s like an airplane that has crashed. You can examine the wreckage for clues, but what you really want is the plane’s black boxes—the flight-data and cockpit voice recorders that tell you exactly how electrical systems failed, hardware malfunctioned, and pilots made crucial errors. That’s what doctors think iPS cells could provide. By coaxing some iPS cells into becoming the cell types affected in Huntington’s disease, type 1 diabetes, or ALS (Lou Gehrig’s disease), scientists will be able to watch in the lab as the disease unfolds. They’ll be able to understand how the disease starts, which could lead to new ways of blocking it.

Embryonic stem cells are still regarded as the gold standard. That’s why there is intense interest in the U.S. spinal-cord-injury trial. Sponsored by Geron Corp. in California, the trial will recruit patients within one to two weeks of their injuries, before scar tissue has formed. Doctors will inject a derivative of stem cells, called progenitor cells, that manufacture myelin, the substance that coats the long, spindly projections on nerve cells, much the same way that insulation coats electrical wires. Damage to cells that make and maintain the myelin sheath, as happens in spinal-cord injuries, prevents nerves from conveying messages from the brain. Although it’s not clear yet whether the treatment is effective or safe, the restoration of even partial function would be a huge advance.

‘It’s all about adapting’: How a wheelchair user made his house...