If other paralyzed primates walk, will humans? 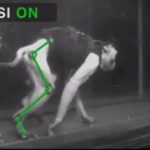 This is legit? Yes. How so? Scientists implant a chip in a monkey’s brain that sends wireless signals through a computer to electrodes in the lower back. The system stimulates a neural pathway that controls the muscles involved in walking.

The research, reported by a team of scientists at the Swiss Federal Institute of Technology, is the latest thrillingly innovative step in the quest to help people overcome paralysis and regain something approaching full movement, not only in legs but also potentially in hands and arms.

With this latest primate triumph, it’s a short leap to the obvious question: When will paralyzed people be able to take advantage of this development to walk again? Answer: not immediately — maybe in a decade? But this is a promising step toward that landmark goal. The same scientists behind the monkey advance have already enrolled two human patients with spinal cord injuries in clinical trials in Switzerland.

Yes, there are caveats and provisos: The signals that come from the human brain to enable us to walk may be more complicated than those in monkeys. The research so far helps monkeys, who walk on all fours. But walking on two legs as humans do is trickier, requiring a complex balancing act. Coordinating gait, allowing a person to change direction, is a significant challenge. Each human leg has to carry half the full body weight, unlike a monkey, which can distribute its weight on four legs. There’s going to be a lot more research, and better equipment.

But is this exciting? Yes, and astonishing. “The whole team was screaming in the room as we watched” the paralyzed monkey walk, reports lead scientist Gregoire Courtine.

In a video — you’ll find it at chicagotribune.com/spine — you can see how scientists were able to switch the monkey’s ability to walk on and off, as the wireless transmitter was activated and deactivated. (That does lead to some questions about what would happen to a similarly assisted human if an implanted wireless transmitter failed, but we’ll leave that for future research to solve.)

“For the first time, I can imagine a completely paralyzed patient able to move their legs through this brain-spine interface,” Swiss neurosurgeon Jocelyne Bloch, a colleague of Courtine’s, enthused.

One intriguing note on the spinal cord research: These scientists aren’t trying to repair or stimulate the site of the actual injury. They’re essentially doing a workaround. The implant sends information wirelessly from sensors in the brain to a part of the spinal cord below the injury. So if doctors can’t repair a spinal injury, they could still help patients regain some or all of their ability to move.

Courtine says he hopes that the system he and his colleagues have developed can be transferred for human therapy within the next decade. Other scientists are making progress on systems that help the paralyzed reach for and grab items, so they can give themselves a drink or even play a video game.

Miniaturized wearable computer technology is not just promising to help paralyzed people move. Scientists also are working on a completely internal artificial heart that could last decades, all without being tethered to bulky equipment. They’re also working on implantable systems that would help the blind see and even a chip that can help people with severe memory loss from Alzheimer’s, stroke or brain injury.

“There’s a lot of excitement about this work,” Lee Miller, a neuroscience and biomedical engineering professor at Northwestern’s Feinberg School of Medicine, tells us. A decade is “not unreasonable,” he says, to have similar spinal-stimulation systems implanted in human patients to help them walk.

Sounds like science fiction. But if this sci-fi turns true, the result promises to be spectacular.

What is the prognosis?