What are stem cells and how will they be used to treat the world’s most debilitating diseases? 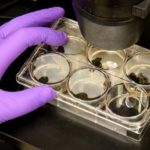 Stem cell research is often controversial but it has also led to incredible medical progress in recent years.

Stem cell research is at defining moment. Although it can be controversial and does raise a lot of important ethical issues, this area of medical science has been characterised by a number of important advances, ever since the first embryonic stem cells were isolated from mice in the 1980s. In the near future, it could reshape the way we treat some of the world’s most debilitating diseases.

Stem cells have already been used as treatment for a number of years – think bone marrow transplant – and they have the potential to help with many other medical conditions. They could also prove crucial for scientists wishing to understand more about human biology and development.

Studies using stem cells have benefited from important media coverage in recent years and many of them hailed as “breakthroughs”. However, the reality is often more complex, and a number of scientific and ethical challenges often stand in the way of successes in animal models being replicated in humans.

IBTimes UK takes a look at what stem cell research is, what it is used for and what the future looks like.

What are stem cells?

Stem cells could be defined as “building block” cells that have not yet differentiated into one cell type and could develop into many different cell types. Stem cells can continue to divide almost indeﬁnitely.

Embryonic stem cells were first isolated in mice in the early 1980’s at the University of Cambridge. All developing embryos contains a number of stem cells that can go on to develop into different cell types. In humans, these cells can be isolated from around five days after the egg has been fertilised – around 50 to 100 stem cells are present at that stage.

These cells are isolated from embryos that have been donated by couples who have been through IVF and have extra embryos left which were not used during the treatment.

Stem cells are also found in adults, particularly in the bone marrow, the blood, the eyes, the brain and the muscles. They are also known as somatic stem cells.

They can also differentiate into other cells, but into a much more limited number than embryonic stem cells. They range from cells that are able to form different kinds of tissues to more specialised cells that form just some of the cells of a particular tissue or organ. They also have the ability to divide and reproduce indefinitely.

How do scientists ‘make’ stem cells?

Scientists have also found a way to make induced pluripotent stem cells – cells taken from any adult tissue and genetically modified to behave like an embryonic stem cell (and thus able to differentiate into any cell type). The term “pluripotant” refers to the fact that the stem cells can produce almost all of the cells in the body.

To create these induced pluripotent stem cells, researchershave learnt to “reprogramme” the genes of human adult cells. A major 2007 US study, found that introducing 14 genes could reprogramme the cells to become stem cells, and the researchers then narrowed this down to four genes. Subsequent studies have built on this knowledge to find new, safer ways to turn adult cells into pluripotant stem cells.

How are stem cells used at present?

Stem cells are already used to help a number of patients around the world. For nearly 50 years, they have been used in the form of bone marrow transplants.

Indeed, bone marrow contains stem cells that can produce many different blood cells. A bone marrow transplant can be used to treat people with blood cancers or genetic blood disorders, such as sickle cell anaemia. The stem cell turn into healthy blood cells that can help the patient. Some hospitals also use stem cells to grow skin grafts for patients with life-threatening burns. It is also possible to receive a stem cell therapy based on limbal stem cells (in the eye) to repair damaged corneas.

Stem cells are also very useful for scientists conducting basic research on diseases, as they can be used to model a large number of conditions. Recent studies have used stem cells to model the nerve cells that are lost in Alzheimer’s disease or to model deafness or Autism Spectrum disorder.

How could stem cells be used in the future?

A number of treatment using stem cells has been tested by researchers around the world. A type of patients that could be helped by stems cells are those suffering from spinal cord injuries. Stem cell therapy for spinal cord repair could be used to promote the growth of nerve cells directly or to transplant cells that protect the nerves and help them function.

One of most important studies in this area was published in October 2010. tested the used embryonic stem cells on patients in the US who had sustained a spinal cord injury in the previous 14 days. Preliminary findings were encouraging.

Studies have also been conducted to assess the safety and efficacy of stem cells in helping patients who suffered a stroke. The idea is that stem cells could help in rehabilitation after a person’s brain has been damaged by the stroke. Stem cells have also been investigated to treat diseases such as MS, diabetes and to reverse ageing.

Beyond clinical trials, which still remain limited in number, many of the preliminary research opens up a number of very interesting perspectives. One of the main area of interest is growing organs in the lab from tissues created from stem cells. These organs may one day be used for transplantation in humans.

Recently, stem cells have been shown to present an interest to improve fertility treatments with the creation of a new technique in mice – in-vitro gametogenesis. The idea is to create eggs and sperm using pluripotant stem cells.

How to cope with your spinal cord injury – 8 tips...

A pacemaker in the brain for spinal cord injury?