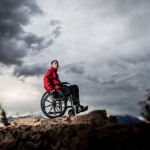 Reports of paralysed animals walking again can give unrealistic hopes to people with spinal injuries. What is more important is that they develop the skills and perspective to get on with their lives

A recent breakthrough in regenerative medicine saw paraplegic dogs regaining some function in their back legs: inevitably, the headlines talked of hope for human patients with spinal cord injury.

But the head of clinical psychology at the National Spinal Injuries Centre, Professor Paul Kennedy, argues that this kind of “magic bullet” reporting can be damaging to people who are coming to terms with a life-changing injury.

“When people have a new spinal cord injury, they’re trying to find out what the situation will mean to them. The fundamental thing that we do in rehabilitation is to communicate a sense that this injury is manageable, and that the individual has the skills to overcome some of the limitations imposed by the condition. This work implies an assumption of acceptance of the reality of what’s happened.”

Kennedy is keen to stress the importance of getting the balance right between hope and expectation. “The hope is that, if we can do something about the injury, of course we should. But the expectation is that we help people to get on with their lives as they are now.

“A dog’s nervous system is very different from a human one. Different parts of the nervous system regenerate in some animals that don’t in primates. The scientist says: ‘As a result of this experiment we have demonstrated that there is some potential to do something further down the line. It’s not functional, but we should be researching it.’ Which is true, that should happen. But then the journalist says: ‘So you’re talking about making the paralysed walk.’ Three or four times a year, we hear this narrative.”

This simplification of the complexities of spinal cord injury extends beyond scientific research. Another common narrative describes an individual overcoming medical predictions and learning to walk again through sheer determination. There are more than 1m axons (nerve fibres) in the spinal cord; what may at first appear to be the same injury can produce dramatically different outcomes in different individuals. Despite this, the “defying the odds” story is also a popular one, and one that can also have a negative impact on the process of rehabilitation, argues Kennedy.

“Sometimes families put people under pressure for not working hard enough, or for accepting [paralysis and] giving in to it. But accepting it means they’re more likely to do something about it and get functional benefit.”

Counselling psychologist Dr Moray Cook has been tetraplegic since 1999. He feels that the actor Christopher Reeve’s widely publicised accident and subsequent campaigning for a cure was a watershed moment in the way that spinal cord injury is perceived.

“My approach was very pragmatic. I knew there was spinal research going on, with stem cells as well as looking at inhibiting the growth of scar tissue. My take was very much: ‘That’s brilliant, but they’re not on the brink of curing spinal cord injury in humans.’ I decided to focus on what I can do, and if [the cure] happens, then great. I’ve never expected to be running and jumping, because I’ve always thought I’d be too old before they had a cure. But I was always positive that a scientific breakthrough would help me, even if it was just developing a bit more movement or hand function as a tetraplegic.

“Then Christopher Reeve began an evangelical call to never give up hope, and not to accept the way that you are; don’t be satisfied with being spinal-cord injured. I felt that was quite a toxic message, especially for young, newly injured people. It was promoting denial, which stigmatises people who aren’t coping.

“At the same time [Reeve] was doing fantastic fundraising, pushing the research agenda and raising the profile of spinal research. But the danger is that this also promotes this idea that you have to be positive and striving all the time, which excludes the negative perspective that is equally as valid.”

There is little doubt that hope and optimism towards the future both have a role to play in maintaining a positive outlook, and that this is important to maintaining an individual’s psychological wellbeing. And there have been some significant advances made in the understanding of neurological damage and the human body’s reaction to it.

I maintain an optimistic attitude towards the possibility that I may walk again one day, especially for my seven-year-old daughter, who regularly says to me: “I wish you could walk. Do you think they will fix you one day?”

But after more than seven years with a spinal cord injury, I have learned with each new breakthrough that I do not have the time to wait for a cure. I have also come to understand that my inability to walk is nothing to do with a lack of determination on my part. The danger is that for people who have only recently been injured, the magic bullet/defying the prognosis narratives may prevent them from developing the skills and perspective necessary to get on with their lives.

One more miracle for Margaret

Allen Institute will give preview of spinal-cord atlas