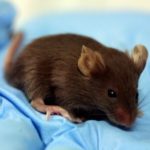 Upon testing the drug in mice models of spinal cord injury over a one-month period, they found that bladder volume decreased to near-normal size.

An experimental drug referred to as LM11A-31 could improve bladder function in patients who have sustained a spinal cord injury, according to researchers from The Ohio State University. The drug blocks pro-nerve growth factor (proNGF) and a receptor known as p75 which contribute to abnormalities in communication between neurons when nerves have been injured.

Spinal cord injuries can affect a patient’s ability to perform a variety of functions, including walking, breathing and urinating. This is because the brain’s ability to control these processes is impeded by the injury. As a result, patients who have suffered a spinal cord injury must often use a catheter in order to pass urine.

Since these patients aren’t urinating in the normal way, excess fluids can accumulate in the bladder leading to enlargement of the organ and increased pressure. This can be further complicated by urine flowing back into the kidney, potentially causing kidney infections, disease and damage.

Urinary incontinence is also a potential result of the disrupted communication between the brain and the bladder after the spinal cord forms a new connection with the organ.

Since proNGF is released by cells after injury to the nerves in the spinal cord, the research team sought to investigate the potential of LM11A-31 to address this. Upon testing the drug in mice models of spinal cord injury over a one-month period, they found that bladder volume decreased to near-normal size.

“There are no approved medications to treat bladder dysfunction brought on by spinal cord injuries, something that is a major concern and diminishes quality of life for these patients,” said Sung Ok Yoon, an associate professor of biological chemistry and pharmacology at Ohio State. “This drug appears to help maintain near-normal bladder pressure and less unexpected expulsion of urine in mice.”

The researchers published the results of their study in The Journal of Clinical Investigation.

While the drug is unable to provide patients with control over their own bladder function, it could reduce some of the urinary complications of spinal cord injury. By preventing the bladder from over-filling and causing injury, the drug could lower the risk of bladder and kidney infections and reduce the frequency of incontinence.

“The structure as well as the integrity of the neural communication in the bladder is expected to improve as well, contributing to the overall health of the bladder,” said Yoon.

The researchers have suggested that this drug could also potentially be used to treat patients with other forms of bladder dysfunction and urinary incontinence. For now, more research – including human clinical trials – will need to be conducted before the drug can be used outside the lab.

Wearable robots may help those who are paralyzed