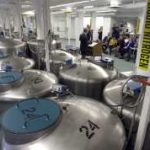 La Jolla, CA. February 2007 —Regenerative medicine is quickly moving forward. At the recent Stem Cells World Congress organized by Select Biosciences, LLC, in La Jolla, California, an international slate of presenters outlined both current applications and future hopes of stem cell research. While research and ethical debate on human embryonic stem cells will continue, much more is occurring on the rings surrounding this bull’s-eye issue, including research in both drug development and adult stem cells.

The development of drug-based therapies for degenerative disease remains an enticing business proposition. It is hoped that creating new drugs to restore cell communication pathways—failed chemical trails that scientists seem to be finding at the heart of many degenerative diseases such as Parkinson’s, diabetes and Alzheimer’s—will ultimately bring great profit to both patient and developer. But because cell biology must be understood extremely well to bring theory to clinical fruition and pass all regulatory hurdles, drug therapy will probably be the last to reach the “lab bench to bedside” finish-line.

In the meantime, biologists’ understanding of new sources and uses of adult and nonembryonic stem cells is advancing rapidly. “Location, Location, Location” is becoming the mantra. Called “niches” or “crypts,” it seems that almost anyplace one looks in the body (nose, eye, hair follicle, intestine, bone marrow, central nervous system), stem cells are being found. From such basic knowledge, it was reported that successful animal and human therapy using patient stem cells is already occurring.

Although one listener characterized the conference’s first presentation as “science-free,” it may well have provided a picture of what human stem cell therapy may eventually become. Veterinarian and CEO of Vet-Stem, Robert Harmon explained how his company is currently providing stem cell therapies for animals. Client veterinarians send a fat tissue sample from their patient animals to Vet-Stem where the stem cells are extracted from the tissue. Vet-Stem then merely creates a syringe-loaded “dose” of cells and sends them back to the attending vet. Injected into an injury or degenerated tissue, the stem cell treatment evokes healing in unprecedented ways. The results the therapy seems to be getting were, however, to some unconvincing in a scientific sense

Harmon told Vision that researchers who mock his work as anecdotal and without established scientific follow-up are simply wrapped up in their own need to understand mechanism rather than to accept result. While Vet-Stem is working on “quantifying the cell-types and dosages” used for different animals, Harmon noted that their job is not to quantify the biology. “No one really knows how this is actually working, but it is working.”

Professor of Neurosurgery Haluk Deda does not believe waiting for mechanism trumps the therapeutic use of stem cells today. Reporting his results from Turkey in a poster session, Dr. Deda described treating terminal ALS (amyotrophic lateral sclerosis) patients with spinal implants of their own bone marrow stem cells. Such “autologous” cell transfer is similar to Vet-Stem’s procedures. Aastrom Laboratory in the US prepares Deda’s stem cells and confirmed his results.

All of the ALS patients showed improvement according to the poster. Responding to Vision’s skepticism, Deda insisted, “This is real.” In an e-mail following the conference, he noted that, “[M]any of the scientists had expressed that our results are extremely important, and that they are a new beginning in ALS treatment.” He continued, “We have used such treatment on spinal cord injuries and brain-damaged stroke patients. The results are very satisfactory.” After approval of the process by the FDA, Deda expects “to show how the operations are carried out in the USA” and plans to present his spinal cord results at an upcoming conference in March.

Although several presentations shed some light upon the mechanism bugaboo, even veteran neural stem cell pioneer Fred Gage of the nearby Salk Institute—an expert who seems to know every cellular chemical pathway like the back of his hand—remains at a loss to explain sometimes contradictory observations. In some instances a certain chemical inhibits growth of cell populations; at other times it stimulates. The cell’s “social Environment” and “local cues” are increasingly seen as important. Noting the difficulties of decoding these and other cell communications, Gage remarked, “It’s not easy, but it’s fun.”

As more stem cell crypts are discovered, the desire to understand how to manipulate them within the body becomes only more acute. Presentations from Anders Haegerstrand, neuroscientist and President/CEO of NeuroNova, and Ralph Snodgrass, CEO, VistaGen Therapeutics, focused on the drug-development path. The idea, as Haegerstrand notes, is to “develop drugs to activate self-healing, activate the endogenous stem cells.”

The problem, as perceived with the Vet-Stem presentation, remains: How does one know that the procedure made a difference? “Do we drill a hole in the patient’s head and not do anything” as a control? Haegerstrand rhetorically asked. His litany of problems with using human embryonic stem cells (hESC)—culturing, differentiation, stability, genetic programming, function, tumor formation—seems to point up the need for a new kind of cell line for research.

An intriguing booth and presentation from a company called BioE located in Minnesota indicated that they have discovered an umbilical cord cell that may fit the bill. Called multi-lineage progenitor cells (MLPC), founder and chief scientific officer Dan Collins told Vision that not only are there no ethical concerns with these cells, they also appear to have the potential to be more consistent, controllable and reliable than hESCs.

FROM BENCH TO BESIDE

There is a difference between “lab reality” and biologic reality in a human being. Because of this, VistaGen’s Snodgrass told Vision, the best current practice is the use of human embryonic stem cell lines to investigate and validate new drugs. The process is straightforward says Snodgrass, “Determine the important genes, then develop drugs to target those genes.”

Other cell options of nonembryonic origin such as BioE’s MLPCs are not yet viable because they are just too new and unknown. Biotech companies and research labs have not had enough experience with them. Collins of BioE notes, “There is a well agreed upon series of steps one must go through to fully characterize a cell and determine its potential as a biologic. We are currently in that process.”

Once these questions are answered, MLPCs may eventually have greater therapeutic potential than do embryonic cells for safety reasons. “We already have evidence,” says Collins, “that a key difference between our cells and hESC is teratoma [tumor] formation.” If allogenic stem cell transplants (using cells from a source outside the patient) are ever to occur, the tendency of embryonic cells to get “out of control” must be overcome.

As it has been since its discovery almost 400 years ago, the cell and the “vital force” that makes it the seat of biological life continues to hold attention. It is likely that there will be no end to questions and investigations. Today’s new age of molecular understanding, genomics, proteomics, gene splicing and bioengineering is barely underway. It is not surprising then that the more we know, we recognize the less we understand. The timeline of discovery has been exponential: From the DNA double helix in just 1953, and understanding the genetic code, gene splicing and cell differentiation in the 60s, 70s and 80s, science has rapidly jumped up the learning curve to the cloning of whole organisms and the discovery of embryonic stem cells less than a decade ago. The future possibilities for the application of this knowledge seem enormous.

Even as scientists come to know its inner workings in ever greater detail, the cell will continue to intrigue us with its secrets; in its mysteries hide many of our most cruel diseases. Our understanding of the breadth of self-renewal and the natural role of the stem cells within each of us remains the most incomplete inquiry of all. As King David wrote in Psalm 139, our bodies are wonderfully made—coordinated and healed in ways that are probably still beyond our imagination.

Bringing greater transparency to these regenerative processes is a challenging task. Conferences such as this show that progress is being made, although often in a circuitous and sometimes “unscientific” way. As Haegerstrand says, the mysteries are “no longer a black box; they are a grey box.”

Repairing a highway: how can we fix spinal cord injury?