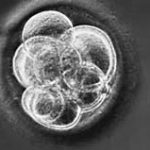 WITH conservative Christians in the US succeeding in influencing the Bush administration into putting hurdles in the path of stem cell research on “flimsy moral ground”, Asian countries, including India and Singapore, may well emerge as the “futuristic front-runners” in this frontier area of research that holds the hope of providing an effective cure for many of the hitherto incurable ailments afflicting the humanity.

India, which has made spectacular strides in space research and nuclear power generation, is now all set to repeat its success story in stem cell research. While in the areas of nuclear power and space research India was able to make significant breakthroughs on account of the sustained support provided by the government, in stem cell research private initiative remains a key factor.

India’s first bank for storing cord blood, the repository of stem cells, was set up by the Chennai based entrepreneur Abhay Kumar about two years aback. Though Life Cell did not launch a publicity blitz while setting up the facility, it was surprised to find a citizen from Pakistan, where it did not have any presence, handing over the cord blood of his newly born child for cryo storing for a fee. “We are also getting enquiries from Sri Lanka, Pakistan and Dubai” says Kumar. Spurred on by good response, Life Cell is planning to set up collection centres in SAARC countries.

Franchises would run the collection centres supported by Life Cell. Incidentally, the cryo storage of umbilical cord blood, the richest source of stem cells, is gaining in popularity. Described as a bioinsurance, the stored umbilical cord stem cells can be used to set right many of the diseases and disorders.

Normally, cord blood is collected before the placenta is delivered. A baby’s umbilical cord blood, which is otherwise discarded, is a rich source of stem cells endowed with the capability to regenerate and replace a variety of tissues.

Interestingly, the cord blood bank which stores a baby’s cord in liquid nitrogen for a period of 21 years for a fee is considered a bioinsurance since the child from whose umbilical cord the blood was collected would stand to benefit from it at any stage of life.

As pointed out by Dr A. Ramdoss, India’s Health and Family Welfare Minister, human stem cell banking in India could receive a boost if the 25 million otherwise discarded umbilical cord are cryo frozen and later used for stem cell research. “There is a need to stop this wastage” he says. The embryonic stem cells are capable of developing into any of more than 200 cell types that make up the human body. Stem cells grow into virtually and kind of tissue in human body when properly nurtured. Not surprisingly then the stem cell types can replace the old and worn out cells in the human body.

Incidentally, four out of a group of five seriously ill Brazilian heart failure patients no longer needed a heart transplant after they were treated with stem cells. And New Delhi’s All India Institute of Medical Sciences (AIIMS), which is working on treating cardiac disorders using stem cells had sometime back subjected 30 patients suffering from heart related ailments to stem cell treatment and found that in majority of the cases the dead heart tissue stood revived.

The AIIMS is now focusing on the use of stem cell therapy for treating diabetes which is recent years has assumed epidemic proportion. On the other hand, Dr Balkrishna Matapurkar of New Delhi’s Maulana Azad Medical College has pioneered a stem cell based technique for the Regeneration of tissues and organs.

Bangalore’s Manipal Stem Cell Research Centre has initiated clinical trials using stem cells to treat diseases like myocardial infraction, spinal cord injury and neurological disorders. The focus of these trials is on the use of mesenchymal stem cells which are endowed with the capacity to mature cells that produce fat, cartilage, bone tendons and muscles.

As pointed out by Satish Totey, Research Director of the Manipal Stem Cell Research Centre, the mesenchymal stem cells have a tendency to differentiate into skeletal and fibrous cells more easily. Totey says that they are also more easily accepted by the body and have far fewer chances of getting rejected. The Bangalore based Cryostem Karnataka Pvt Ltd, which is both a cord stem cell bank and a research centre, has entered into an agreement with Malayasia’s StemLife to expand the scope and reach of its research activities.

This tieup is expected to pave the way for the opening up of stem cell transplantation facilities into various parts of South and South East Asia. “this tieup with StemLife is very important and will strengthen our endeavour in fighting the diseases that don’s have a cure”, says Dr S.G.A. Rao, Chairman ad Managing Director of CryoStem Karnataka.