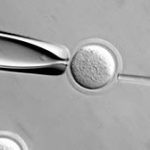 (AP) — Stepping into a research area marked by controversy and fraud, Harvard University scientists said Tuesday they are trying to clone human embryos to create stem cells they hope can be used one day to help conquer a host of diseases.

The privately funded work is aimed at devising treatments for such ailments as diabetes, Lou Gehrig’s disease, sickle-cell anemia and leukemia. Harvard is only the second American university to announce its venture into the challenging, politically charged research field.

The University of California, San Francisco, began efforts at embryo cloning a few years ago, only to lose a top scientist to England. It has since resumed its work but is not as far along as experiments already under way by the Harvard group.

A company, Advanced Cell Technology Inc. of Alameda, California, is trying to restart its embryo cloning efforts. And British scientists said last year that they had cloned a human embryo, though without extracting stem cells.

Scientists have long held out the hope of “therapeutic cloning” against diseases like diabetes, Parkinson’s disease and spinal cord injury. But such work has run into ethical objections, a ban on federal funding and the embarrassment of a spectacular scandal in South Korea.

Now, using private money to get around the federal financing ban, the Harvard researchers are joining the international effort to produce stem cells from cloned human embryos.

“We’re in the forefront of this science and in some ways we’re setting the bar for the rest of the world,” said Dr. Leonard Zon of the Harvard Stem Cell Institute.

Dr. George Daley of Children’s Hospital Boston, a Harvard teaching hospital, said his lab has begun its experiments. He declined to describe the results so far, saying the work is in very early stages.

Two other members of the Harvard Stem Cell Institute, Douglas Melton and Kevin Eggan, have also received permission from a series of review boards to begin human embryo cloning, the institute announced.

Daley’s work is aimed at eventually creating cells that can be used to treat people with such blood diseases as sickle-cell anemia and leukemia. Melton and Eggan plan to focus on diabetes and neurodegenerative disorders like Lou Gehrig’s disease, striving to produce cells that can be studied in the lab to understand those disorders.

“We think that this research is very important, very promising, and we applaud Harvard for taking the initiative to move this work forward,” said Sean Tipton, president of the Coalition for the Advancement of Medical Research, which supports cloning to produce stem cells.
Cloning an embryo means taking DNA from a person and inserting it into an egg, which is then grown for about five days until it is an early embryo, a hollow ball of cells smaller than a grain of sand. Stem cells can then be recovered from the interior, and spurred to give rise to specialized cells or tissues that carry the DNA of the donor.

So this material could be transplanted back into the donor without fear of rejection, perhaps after the disease-promoting defects in the DNA have been fixed. That strategy may someday be useful for treating diseases, though Daley said its use in blood diseases may be a decade or more away.

Daley’s current research is using unfertilized eggs from an in-vitro fertilization clinic and DNA from embryos that were unable to produce a pregnancy. Both are byproducts of the IVF process and should provide a ready supply of material for research, Daley said in a statement. Later, his team hopes to use newly harvested eggs and DNA from patients.

Eggan said he and Melton will collaborate on work that uses DNA from skin cells of diabetes patients and eggs donated by women who will be reimbursed for expenses but not otherwise paid.

By cloning human embryos to extract stem cells, he said, “you are creating life precisely to destroy it. You are making young humans simply to strip-mine them for their desired cells and parts. And that is at root a fundamentally immoral project that cannot be made moral, no matter how desirable the cells might be that would be procured.”

Apart from the controversy, human embryo cloning has also been the subject of a gigantic fraud.

Hwang Woo-suk of Seoul National University in South Korea caused a sensation in February 2004 he and colleagues claimed to be the first to clone a human embryo and recover stem cells from it.

He hit the headlines again in May of last year when he said his lab had created 11 lines of embryonic stem cells genetically matched to human patients.

But the promise came crashing down last December and January when Hwang’s university concluded that both announcements were bogus.