China could provide a new network to safely test therapies for paralyzed patients. 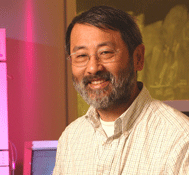 A growing number of patients are heading to China for experimental therapies, such as cell transplants to treat spinal cord injuries and other diseases. But scientists in the field harshly criticize the trend, saying these therapies are costly, unproven, and potentially unsafe (see “The Problematical Dr. Huang Hongyun,” January 2005).

Now Wise Young, an internationally recognized expert in spinal cord injury, aims to address some of the problems associated with humans tests involving experimental therapies. He is spearheading a new project to conduct rigorous clinical trials in China and has set up a network of Chinese hospitals to test new treatments for spinal cord injury.

Young, a neuroscientist and director of Rutgers University’s W.M. Keck Center for Collaborative Neuroscience in Piscataway, NJ, says the availability of the enormous Chinese population will drastically speed up the clinical trial process, allowing new therapies to be tested more quickly and cheaply. He hopes the network will ultimately provide a go-to testing site for large pharmaceutical companies with new spinal cord injury treatments.

The number of potential new therapies for spinal cord injury has blossomed in the last few years — dozens of treatments have been shown to regenerate the spinal cord in animal models. But safely testing those therapies is a challenge. For one thing, spinal cord injury is a complex problem; patients often retain partial Motor or sensory ability and may spontaneously recover some mobility after the injury.

“Something like blood pressure is easy to assess in a clinical trial — a pill either brings it down or it doesn’t,” says John Ditunno, a spinal cord injury expert at Thomas Jefferson University in Philadelphia. “But the challenge in spinal cord injury is that you’re looking at a person’s ability to function in real life. That’s very complicated.”

One of best-known practitioners performing such treatments is Hongyun Huang, a controversial Chinese neurosurgeon who has transplanted in about 600 patients what he says are olfactory ensheathing cells, a type of cell that can help regenerate neurons.

Many experts argue that these therapies, which can cost tens of thousands of dollars, have not been adequately tested. “There are no controls, no well-defined protocol for post-procedure follow-up,” says James Guest, a neurosurgeon and spinal cord researcher with The Miami Project to Cure Paralysis. Guest previously visited Huang’s hospital and last month co-authored a critique of the treatment for a scientific journal. “There is relatively little data on what the implants are, what the complications are, or what the outcomes are,” he says.

According to Young, who trained Huang when he was a post-doctoral student at Rutgers University, beginning in the late 1990s, this lack of follow-up is symptomatic of the medical culture in China. “Part of the problem in China is there is no system for follow-up,” says Young. “When a patient leaves the hospital, [the hospital] doesn’t have the resources to get the patient to come back.”

Young aims to change this practice with his clinical trial network, which now has 17 participating centers in the Chinese mainland and Hong Kong, and plans to begin its first clinical trial in June.

The network has sponsored training sessions for the Chinese doctors involved in the trials, in which U.S. experts taught standardized procedures for assessment of spinal cord injury. “Outcome measure is always the most important thing,” says Johan Karlberg, director of the Clinical Trials Centre at the University of Hong Kong, which has extensive experience conducting clinical trials and will oversee the network’s projects.

In September researchers plan to start a placebo-controlled trial of lithium, which has been shown to boost cell growth and survival in animal models. The next step, if they get permission, will be a trial of stem cells derived from umbilical cord blood transplanted into 300 patients with chronic spinal cord injury. Young says the goal is to register the trials in both China and the United States.

“With this first trial, we want to establish proof of concept that we can take a therapy from the preclinical phase to [late-stage clinical trials] in two years — which is very fast — and do it cheaper, faster, and better than anyone else,” says Young. “My hope is that once we establish this concept, a company with a promising therapy can come in and get a definitive answer in two years…for $20 million or less.” (Young estimates that the network can run trials for about $20,000 per patient for surgery and hospitalization, compared with around $100,000 for a similar U.S. trial.)

“This network has more capacity than any other network in the world,” says Young. “We could test 6,000 patients a year if we wanted to.” However, capacity will also depend on funding, he says. The network so far relies largely on fundraising and still must raise a significant amount of money to pay for its first round of trials.

“There is probably no one better qualified than [Young] is to think about doing this,” says Guest. But it may be difficult to get the different participating centers, which have very different levels of expertise, to operate at the same level, he says. “This will be an alliance between some strong, well-funded centers and other centers who are struggling and under funded, so whether it will work remains to be seen,” Guest says.

In addition, the network may not be able to enroll as many patients as predicted, says John Steeves, a spinal cord injury expert at the University of British Columbia. “People think a clinical trial network in China would have tremendous capacity given the population of China,” he says. “However, the capacity of the health care system in China does not necessarily match the population, so the ability of a trial to attract appropriate numbers of candidates is limited by the health care system in place.”

Young’s network is part of broader shift in China, which over the last few years has garnered attention from the pharmaceutical industry. “The clinical trial culture is rapidly changing,” says Karlberg of the University of Hong Kong. “China is moving fast into global drug development, and pharma is looking at the growing market in China.”

This new interest could bring its own hurdles. The Chinese drug regulation system has evolved in response to the international attention — the country now has strict regulations governing clinical trials and a permission process that’s lengthier than in the United States.

Back in the United States, patients are already clamoring to participate in the Chinese trials. Young moderates a website for spinal cord injury patients and their families, and says the number-one question lately has been about how to participate in these trials. (The website also has a section where people who’ve gone overseas for experimental treatments chronicle their experiences, both good and bad.)

Young says that U.S. patients will be eligible for the trials. However, they will need to travel to China for the surgery and be available for follow-up exams at six weeks, six months, and a year after the treatment. While they will not have to pay for the procedure, they would need to pay for any care beyond that given to Chinese patients, says Young. As he explains, hospital care is different in China than in the United States, with Chinese families rather than nurses often caring for patients in the wards.

And what about patients eager to find out if Hongyun Huang’s controversial treatment really works? Young says the network does not yet have plans to test the cell transplant therapy used by his former student.