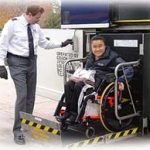 Lisbon, Portugal (LifeNews.com) — Before his death, Superman actor Christopher Reeve captured the hearts of millions with his deeply felt pitch for taxpayer funding of embryonic stem cell research. However, new studies show that its adult stem cells that are beginning to offer the most hope for those paralyzed from spinal cord injuries.

Lima and his research team demonstrated that a patient’s own adult stem cells and olfactory mucosa can treat paralysis caused by spinal cord injury.

“Every patient had improvement in ASIA motor scores,” Lima wrote in his team’s paper. “This study shows that olfactory mucosa autograft transplantation into the human injured spinal cord is feasible, relatively safe, and potentially beneficial.”

The study, published in the peer-reviewed Journal of Spinal Cord Medicine, reports on seven patients treated with the procedure. Lima has since treated two dozen more patients.

Wesley J. Smith, an attorney who is a leading monitor of bioethics issues, said the study was good news for patients.

“Let us caution, that this isn’t a cure,” he explained. “It is apparently effective treatment that may one day substantially improved the quality of lives of spinal cord injury patients, and may return some to the potential of mobility.”

However, Smith labeled it an importance advance that the media should cover, but likely won’t.

“I hope I am wrong, but I will bet that the mainstream media ignores the story,” Smith said.

A LifeNews.com search of news stories in the last 30 days found that just one media outlet, CNN, mentioned the Lima research and it buried its brief citation of the research in a larger story.

Mark Pickup, a Disability rights activist in Canada, commented on the Lima study in a statement sent to LifeNews.com. He said he wants to see funding of stem cell research go to adult stem cells instead of embryonic because they provide the most hope for paralyzed people like him.

“Not one human therapy has come out of embryonic stem cell research while 72 therapies have come from non-embryonic research,” he said.

“As someone who can potentially benefit from stem cell therapy (I am triplegic with advanced Multiple Sclerosis) I want research dollars to go where the most promise lies not the least promise,” Pickup added.

People with quadriplegia and paraplegia get a chance to experience paintball...