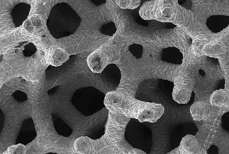 Researchers have found that transplanting a certain type of immature support cell from the Central Nervous System could regenerate more than 60% of the nerves that are damaged after a spinal cord injury. Amazingly, two thirds of the nerve fibers grew all the way through the injury sites eight days later.

This is more promising than previous research, according to the University of Rochester researchers in New York. Rats that received the cell transplants also walked normally after two weeks.

Researchers from the Rochester Medical Center, Rochester, N.Y., in collaboration with Baylor College of Medicine, Houston, focused on a new cell type that appears to have the capability of repairing the adult nervous system.

Co-author, Mark Noble, Ph.D. explains “These studies provide a way to make cells do what we want them to do, instead of simply putting stem cells into the damaged area and hoping the injury will cause the stem cells to turn into the most useful cell types. It really changes the way we think about this problem.” Mark is professor of Genetics at the University of Rochester, and a pioneer in stem cell research.

These special cells, called astrocytes, are highly supportive of nerve fiber growth. These astrocytes, called glial precursor-derived astrocytes (GDAs), were transplanted into the injured spinal cords of adult rats. The scientists compared rats treated with these GDAs and rats that received either no treatment or treatment with undifferentiated stem cells.

Rats without the GDA cell transplant did not show any nerve fiber Regeneration and still had difficulty walking four weeks after surgery. Stephen Davies, Ph.D., the study’s lead investigator and assistant professor of Neurosurgery at Baylor said “We demonstrated that we can treat these precursor cells, in culture, with signals we know to be important in the development of astrocytes and push these stem cell-like cells down a pathway that supports regeneration of the nervous system.”

Noble added “”At the heart of stem cell transplantation research is finding the right cell for the right job. In this case the work of this team has identified a cell that provides many more benefits than those seen with other cell types and thus, it gives us hope that we are on a better track.”

The GDA cells seem to work on several fronts. First they signal the tissue to repair by suppressing scar tissue. Then they “rescue” Motor pathway neurons in the brain and align the tissue at the injured site. The researchers say that more investigation is needed before the new technology can be used on humans.