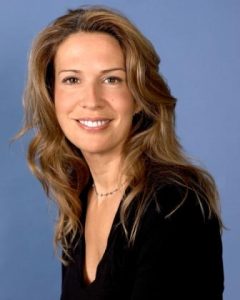 (Short Hills, NJ, March 7, 2006) – Dana Reeve, Chair of the Christopher Reeve Foundation (CRF) and founder of the Christopher and Dana Reeve Paralysis Resource Center, passed away last night at the age of 44. The cause was lung cancer. Kathy Lewis, President and CEO of CRF, issued the following statement.

“On behalf of the entire Board of Directors and staff of the Christopher Reeve Foundation, we are extremely saddened by the death of Dana Reeve, whose grace and courage under the most difficult of circumstances was a source of comfort and inspiration to all of us. The Foundation extends our deepest condolences and sympathy to the entire Reeve and Morosini families.

“Dana will always be remembered for her passion, strength and ceaseless courage that became her hallmark. Along with her husband Christopher, she faced adversity with grace and determination, bringing hope to millions around the world.

“In addition to being a wonderful mother, actress, singer, author, motivational speaker and advocate, she was a founding board member of the Christopher Reeve Foundation and succeeded her late husband, Christopher Reeve, as chair in 2004. Ms. Reeve established the Foundation’s Quality of Life initiatives: the Quality of Life grants program and the Christopher & Dana Reeve Paralysis Resource Center. Since its inception in 1999, the Quality of Life grants program has awarded more than $8 million to support programs and projects that improve the daily lives of people living with paralysis.”

“After Christopher’s death, Dana was determined to preserve the important work and the legacy of hope that became his life’s mission. Even in our grief, the Foundation must pick up and continue to Go Forward with this mission. At the same time, we commit ourselves to ensuring that the light of grace, courage and hopefulness that Dana embodied continues to shine bright – bringing comfort and hope to people living with paralysis and their families and caregivers.

“Dana’s courage and conviction leave us all with an abiding faith in every person’s ability to make an important difference. We GO FORWARD because it is the responsibility of everyone touched by this remarkable woman to carry on the work of the Foundation.”

Ms. Reeve also served on the boards of The Williamstown Theatre Festival, The Shakespeare Theatre of New Jersey, TechHealth, and The Reeve-Irvine Center for Spinal Cord Research and as an advisory board member to the National Family Caregivers Association.

She received numerous awards for her work, most notably the Shining Example Award from Proctor & Gamble in 1998, an American Image Award from the AAFA in 2003, and, the American Cancer Society named her Mother of the Year in 2005. Her book, Care Packages, was published by Random House.

Reeve is survived by her father, Dr. Charles Morosini, sisters Deborah Morosini and Adrienne Morosini Heilman, her son Will and two stepchildren, Matthew and Alexandra. The family has requested privacy during this difficult time.
At this time, no plans for a funeral have been announced. For those who care to do so, donations may be made in Dana’s memory to the Christopher Reeve Foundation, 636 Morris Turnpike, Short Hills, New Jersey 07078 or online at www.ChristopherReeve.org