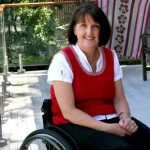 One Sydney scientist likens it to the lunar mission; a potentially great but risky step forward. For some people with spinal cord injury – 15,000 in Australia, increasing by one a day – there finally appears cautious hope that feeling or even movement in paralysed limbs might one day be restored, even if no one is quite prepared to say exactly if it will be in this generation of patients or the next.

American health authorities may soon approve the world’s first trials of a human embryonic stem cell-derived product for spinal cord injury, GRNOPC1, after the California pharmaceutical company Geron handed 22,500 pages to the US Food and Drug Administration to justify GRNOPC1’s testing in human patients, perhaps within two weeks of injury.

In May, the FDA placed a hold on the US clinical trial application, as it grappled with the new science.

“If I were a patient looking at the data, I would say, ‘My God, why isn’t this being done on people now?”‘ says Bryce Vissel, a spinal cord researcher with Sydney’s Garvan Institute. “It shows enormous promise in the rat models. But scientists have a duty of care that we don’t take risks that are unnecessary.”

On October 15, Geron’s chief executive, Tom Okarma, told The Scientist he hoped the FDA would approve the trial within three months. The inventor of the technology, Hans Keirstead of the Reeve Irvine Research Centre in California, told the Herald he does not know if Geron will eventually accept Australian patients for the trial.

In Australia, 70 per cent of spinal cord injuries are among men and more than half are due to road accidents. The profound damage is complex: in the first instance, the nerve cells are mechanically sheared off, but also – possibly as a secondary effect – the axons, which are long and slender nerve processors that act as a conduit for electrical impulses between the brain and the spinal cord, are “demyelinated”. This means the axons lose their myelin sheath or fatty layer that normally protects the nerve cells.

Keirstead’s team cultured human embryonic stem cells in the laboratory, stimulating them to turn into “oligodendroglial precursor cells” (OPCs); these OPCs were transferred into the rats’ spinal injury sites to make oligodendrocytes, which are responsible for myelinating axons.

In a 2005 study published by Keirstead and colleagues in The Journal Of Neuroscience, rats injected with GRNOPC1 seven days after sustaining a spinal injury regained rear limb movement with “substantially improved locomotor ability”. (By comparison, rats injected 10 months after spinal injury failed to recover any mobility, possibly because scarring that occurs within weeks at the injury site puts up a devastating barrier to nerve cells.) 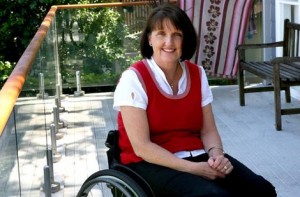 “The first people who receive this therapy will be like the first people who went to the moon,” says Bryce Vissel. “It’s highly risky and involves a lot of danger. So I do liken it to the lunar missions – and part of human progress means things don’t always work the way we like first time.”

Mackay-Sim agrees the Geron data is “good”, but warns: “The spinal cord is so complicated. It’s not just a whole bunch of wires. It’s a long way between putting cells in [and] determining that it’s safe, to answering the other parts of the puzzle: when is the right time to put the cells in, and in what kind of injury will they be effective?” (Spinal cord injuries range from compression damage to partial and full transections; the latter where the spine is literally broken in half.)

In September, Mackay-Sim’s team published a safety study in the journal Brain on six paraplegics, three of whom had olfactory ensheathing cells removed from the back of their noses, grown to purity in the laboratory, then injected into their opened spines during a laminectomy.

The idea is that olfactory ensheathing cells, from a class of nervous system cells known as “glial” cells, might continually regenerate sensory nerves in the central nervous system. “They seem to re-insulate, growing nerves through the damaged pathway in the nervous system,” says Mackay-Sim.

Three years after the cells were transplanted, the study found the procedure safe, but the study was far too small to determine if the cells were effective. Mackay-Sim is talking to potential collaborators in Europe to take the olfactory ensheathing cell trial to a bigger, second phase.

TRIALS OF MICE AND MEN

But not everyone agrees that transplanting cells into patients is going to be the answer. The director of the Queensland Brain Institute, Perry Bartlett, argues stem cell therapy, for instance, might only be an adjunct. Bartlett’s views in this field carry weight because in 1992 his and a Canadian group discovered human brains could actually make new nerve cells; the idea that the nervous system could regenerate was a major conceptual leap for science.

Using mice, Bartlett’s team inactivated a molecule known as EphA4, creating regrowth of spinal cord axons through the site of spinal cord lesions and achieving functional repair. “The manuscript is still being submitted, but we have some very encouraging results that show we’ve developed agents to block the activation of this molecule,” says Bartlett. “So that’s exciting: I think we’re getting close to at least addressing acute injuries, within the first week of injury.”

But he dismisses the idea of “sticking another nerve” into a patient to join the broken nerve fibres as “confused” and “quite bizarre”, and “certainly in the nervous system I doubt very much whether we are going to be able to transplant nerve cells in a meaningful way to cure disease”.

The Garvan’s Bryce Vissel disagrees: “We would love to work out how to stimulate the natural regenerative processes in the nervous system and allow the body to fix itself; that would be the dream. Perry’s approach is extremely important, but the transplants also have to proceed. We have that obligation and I feel that quite passionately, to be honest.”

While much of the research centres on recent spinal cord injuries, there is hope for people who have been paralysed for years. Biological engineer David Nisbet, of Monash University, is among those using nanotechnology to create scaffolding that might bridge and bypass the scar tissue to reconnect nerves. This approach might be useful combined with growth factors or molecules (the Bartlett approach), or stem cell-derived products (the Geron approach).

Nisbet’s nanotechnology is highly porous and looks like spaghetti; similar to the extracellular matrix materials in living tissue, and would be injected into a patient as a fibre or a gel. “What I’ve discovered is that when a nerve regrows through that architecture, it drapes itself across the fibres and then uses that as a springboard to jump to another fibre – sort of like ivy growing through a trellis,” he says.

He has achieved nerve regeneration in rodents, “but we can’t precisely control the direction”. He says his work might also have application in neurodegenerative diseases such as Parkinson’s and multiple sclerosis.

Might wheelchairs become redundant for some spinal cord patients one day? “I’m going to avoid putting a time frame on it but I think it’s an injury science could possibly fix,” says Nisbet.

Bryce Vissel agrees: “My answer is an unequivocal ‘yes’. The challenge is when … and when scientists say there’s real hope for cures in the very near future, what that means is in the next generation or two.”

Perry Bartlett says if his work in mice translates into humans, he would be confident of a “dramatic effect in repair” within a week after spinal cord injury. But he argues the “functional recovery” shown in stem cell work so far has been “confused with repair”.

Alan Mackay-Sim points out the major issues many people in wheelchairs would like fixed first are bowel and bladder control and, particularly in males, sexual function: “Now, if you could get someone out of a wheelchair and walking normally, that’s a wonderful goal. But given the complexity of the spinal cord, it’s audacious.”