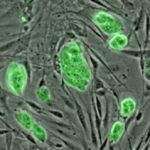 By wide majorities, Americans love stem cell research. According to Gallup numbers 64% find it morally acceptable, and 52% support easing the restrictions or having none at all. Today, your president Barack Obama repealed his predecessor’s strict limits on stem cell research, which created a bunch of bureaucratic, red-tape hassles for scientists (I thought the red states were supposed to be anti-red-tape).

You know who else loves stem cells besides the majority of the American people and Obama? The University of Miami. Researchers at the school will start using embryonic stem cells in heart attack repair, spinal cord injury repair, and diabetes.

Scientists at other institutions meanwhile will also be investigating the possibility of harvesting stem cells’ potential to treat or cure everything from cancer, HIV, Parkinson’s and strokes.

One Degree of Separation: Paralysis and Spinal Cord Injury in the...

About Jason Roy and the The Zero 2 a Hundred Foundation