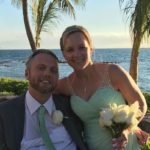 In the summer of 2005 just graduated Willmar Cardinal basketball player Pete Grahn was enjoying a swim in Green Lake with friends when his life changed for good.

It was an exciting time for Pete, he had graduated from Willmar senior high and was headed for Minnesota State- Moorhead to play college basketball and get his degree in biology. Pete was a smooth shooting forward who was very athletic and according to his coach Steve Grove “really worked hard to make himself into great Willmar Cardinal. He had a sweet left hand jump shot, loved to shoot the three’s.”

He didn’t know before that sunny summer afternoon that he had shot his last three pointer. His accident didn’t stop him from getting married to his lovely wife Kelsey in 2012, or from them having two beautiful children in Zoey and Rykon, no it didn’t stop him, it ignited him in many ways.

Pete now spends his days doing research on how to help others who have found themselves in similar position as himself, injured and looking for answers. Someday he may be at the heart of an exciting project that may provide those answers. Watch this interview with Dr. Kendall Lee and Dr. Peter Grahn.

Here’s an article written by Peter and his “teammates.” This video interview with Peter was done in 2014.

As you can see Dr. Grahn has kept himself very busy with the business of life since he was paralyzed that sunny summer day in 2005. Here is Ten Questions with Dr. Peter Grahn:

1. Tell us about your senior year in high school Pete and what the future looked like to you at that point?

My senior year of high school consisted mostly of playing sports (basketball, non-competitive golf, extremely competitive wiffle ball in the Sussenguth backyard), enjoying the outdoors, hanging out with friends, and working on the family farm. I planned to attend Minnesota State University Moorhead after high school to pursue a degree in biology while also playing basketball.

2. For those that don’t know your story, can you tell us about the day the injury happened, what were you doing that day, what you can remember and the immediate aftermath?

I remember it was a very hot, humid Sunday in August and I was at a cabin on Green Lake with some friends. I admit that I made a foolish decision and was drinking alcohol underage, which impaired my judgment.

The combination of my momentum due to running, the shallow water, and the angle that I hit the bottom of the lake resulted in a fractured collarbone, several fracture ribs, a burst fracture of the fifth vertebrae in my neck, and instant paralysis of my legs and hands.

I floated face down in the water for what felt like eternity but was actually a matter of a few seconds. Thankfully, friends rushed to my aid while another called 911.

A paramedic vacationing a few cabins away received the emergency call and joined us at the end of the dock within minutes. Next, an ambulance arrived and transported me to an open field where a helicopter was waiting. I was airlifted to St. Cloud hospital. I recalled the ambulance ride and lift off in the helicopter, but the next few days are a blur in my mind.

3. What did the doctors tell you? How long did it take for you to come to grips with your new life? When did you plan to become a doctor/researcher.

I don’t recall the doctors specifically informing me that I was paralyzed due to a spinal cord injury. I am sure they did at some point. For approximately the next six months my mentality was to work as hard as I could so that I would recover in time to play basketball the following season at college. After six months I came to a realization that I would probably never live life the way I had for the previous 18 years.

There was a period of time that I felt very dark emotions but I realized that I still had support from a tremendously loving network of friends and family. Many of the people I lived with during that year of in-patient physical rehabilitation did not have the support or resources that I had been provided.

My mentality shifted from a state of sadness and depression to a state of gratefulness for my family, friends, and the supportive community that I grew up in.

I decided at that point that I wanted to pursue a career where I could work to elevate the quality of life for those living with SCI. This desire to improve quality of life after SCI combined with my curiosity to understand why spinal cord injury is not curable and together, they led me on a career path to biomedical research.

4. You finished with a double major in biology and chemistry from SMSU, you were obviously motivated.

For the majority of my studies at Southwest Minnesota State University I thought I wanted to pursue a career in SCI medicine as a medical doctor. In order to enter medical school I knew my academic performance needed to be very strong.

Near the end of earning my bachelors degree I discovered that I had a strong interest in SCI research, resulting in a career shift away from medical school.

5. Mayo Grad school was next, what kind of school work load was involved? You achieved a PhD in Biomedical Sciences- Neurobiology of Disease. Would that have even been a consideration if you hadn’t been injured? What does that PhD mean in terms of what you are now pursuing?

When I came to Mayo Clinic in Rochester, MN I joined a laboratory that studies spinal cord tissue regeneration. I worked in this laboratory for a year and then was accepted into Mayo Graduate School’s PhD program.

I knew I wanted to focus on spinal cord research so I chose to study neuroscience. The first two years of school I spent the majority of my time studying and completing coursework while also working on my dissertation project in the Neural Engineering Laboratory. Once my coursework was completed and I passed qualification examinations, I worked full time on my dissertation project for almost two years.

Since completing my PhD in November 2015 I have worked in the same laboratory on a clinical trial that is using electrical stimulation of the spinal cord to enable functional recovery of paralyzed limbs.

The PhD degree does not mean much to me in terms of a title or academic recognition, I think of it more in terms of a mental toolbox I have added tools to over the past 5 years. I use the training I received while earning my PhD everyday to problem solve, design and execute experiments, interpret results, and communicate findings both within the scientific community and to the general public so that scientific knowledge can be shared by all. Without my PhD training, I would lack these skills.

I prefer to avoid the mentality of “what if I hadn’t been injured”. That thought process could be applied to all aspects of life (e.g., meeting my wife, raising our children, pursuing a PhD) and I don’t know the answers to any of those hypothetical questions. However, it is likely that I would not have pursued a PhD in neuroscience had I not suffered a spinal cord injury.

6. Somehow during all of that you got married to your beautiful wife Kelsey in June of 2012 and the two of you have two children. How is the life of a family man treating you? What’s it like being a Dad of two kids? 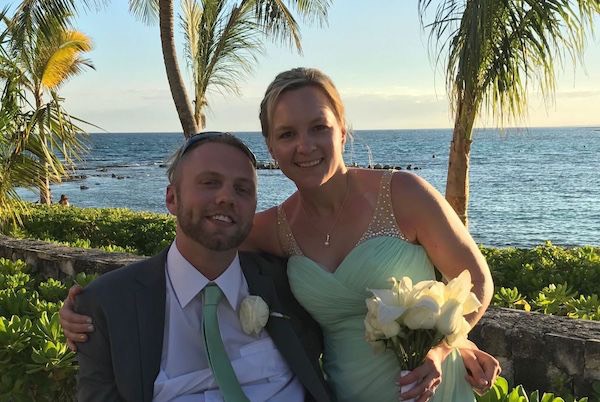 It has been a crazy journey to this point in life, but I am so grateful to be experiencing it with my beautiful wife and two kids. Kelsey has been there for me from the moment I met her. She is a strong, supportive, smart, beautiful wife and mother and I am so thankful for everything she does for our family.

Parenting with Kelsey makes being the father of my daughter Zoey (five) and son Rykon (almost two) the best experience I could have ever dreamed. I won’t lie though, there are trying times as a parent, but having Kelsey by my side makes anything possible.

7. You are involved with some ground breaking research at Mayo, can you tell us what you’re doing today in your work?

I am a member of a large team of clinicians, engineers, neuroscientists, and rehabilitation therapists. Together we are conducting a clinical trial where an electrical stimulation system is implanted near the spinal cord below the level of injury in people with chronic paralysis.

We recently reported that during the first two weeks of stimulation, our first participant was able to move his legs and stand independently. This work was published in Mayo Clinic Proceedings and there is free online access to the scientific article as well as videos showing the results.

8. Do you believe there will be a cure for spinal cord injuries? Where do you see yourself in ten years?

“Curing” spinal cord injury is a very ambitious task. Injury to the spinal cord is a very complex condition and I don’t think any single treatment that is currently under investigation will result in a “cure”.

I do however think that there are many promising therapies in development that alleviate some of the deficits caused by SCI and a combination of these therapies could significantly improve quality of life which could be thought of as a “cure”.

It is an exciting time in the field of spinal cord injury research and I hope to continue working in this area for the remainder of my research career.

9. Are the Timberwolves ever going to be any good?

“Curing” the Timberwolves’ issues is also ambitious task. I think their future is promising with the young talent that they have and the guidance of Coach Tom Thibodeau. This team of Karl Anthony-Towns surrounded by young talent reminds me of the team I watched in my youth (Kevin Garnett surrounded by young talent such as Stephon Marbury or Chauncey Billups). Unfortunately, the Timberwolves of my youth never assembled a championship caliber group around Garnett. I fear we may see a repeat with the current squad.

10. I have seen you at many Cardinal games over the years as well as your lovely parents Mike and Paula. What has their love and support meant to you? Have they helped motivate you to become the accomplished man you are today?

My parents and sisters’ families have been incredibly loving and supportive of anything I have done throughout my entire life. Words cannot describe how grateful I am to be a part of the Grahn family. Although, my sisters now live in Atwater and their kids are Falcons, but hey, everyone has their faults. I bleed red…Cardinals for life…

Follow Peter through his LinkedIn profile page where he provides links to the multitude of good works he is involved.

I want to thank Peter personally for taking the time out of his very busy schedule to tell us some of his story on this Ten Questions brought to you by Hansen Advertising.

Spinal Injuries Treated With Hypoxia: What Is This Promising (And Surprising)...

How does the spinal cord work?