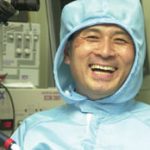 The world may be missing the most important points of South Korea’s still unfolding cloning scandal.

While Hwang Woo-Suk’s stem cells fraud grabs the world’s attention, a remarkable display of professional ethics by Korean media’s remains unrecognized. Had the Korean media knuckled under to government and social pressure, remaining silent concerning a focus of Korean pride, the world’s dying and disabled might have waited years for the fulfillment of a fraudulent hope.

Nor is this the first time that cloning overshadowed a more worthy cause for Korean pride.

On the heels of Hwang’s 2004 claim of cloning a human embryo, the western mainstream media virtually ignored the use of umbilical cord stem cells by Korean doctors to partially restore movement to a woman paralyzed by spinal cord injury (SCI) for 19 years.

Another overlooked aspect of the cloning charade concerns Hwang’s pretexts for cloning.

Nine of the 11 “tailored” embryonic stem cell lines, which Hwang claimed to have made through cloning, were purportedly cloned from patients with spinal cord injury (SCI). This led paralyzed Korean patients to believe that cloning might somehow restore the lives they lost.

One of these patients, a ten year-old boy, asked Hwang, “Doctor, can you make me stand up and walk again?”

“You will walk again, I promise.” Hwang, a veterinarian with no published experience in SCI research, was said to reply.

“I’m looking for chronic SCI therapies that are practical and effective, not pipe dreams” Peduzzi-Nelson says. “Why should patients wait years or decades for science to possibly overcome all the technical problems and dangers associated with cloning and embryonic stem cells, when studies report that adult myelinating cells work better than their fetal counterparts?”

Embryonic stem cells (ES) have shown an ability to become fetal “myelinating” cells, which cover damaged nerves with a fatty insulation. However, science has identified multiple sources of adult myelinating cells that can be easily obtained from patients to meet these needs.

The wisdom of cloning for new spinal injuries is also doubtful.

Cell-based therapies appear promising for acute SCI, including adult stem cells, cord blood stem cells, olfactory cells, and fetal cells. However, if cloning could be made to work safely, it is very unlikely that newly-injured patients could be cloned, the cloned embryos matured, then their stem cells harvested, cultured, and turned into fetal cells in time to treat patients while their injuries are still acute.

For these reasons, the cruelest aspect of the recent cloning scandal was the use of Korea’s disabled to promote cloning basic research.

However, this isn’t to say that Hwang’s research was ineffective.

Largely because of Hwang’s “successes” calls for cloning are again being heard in Australia. In America, the people of California entrusted cloning and stem cell researchers with three billion dollars of public funds. A worldwide ban on all human cloning failed to pass the United Nations, and a similar ban remains blocked in the U.S. Senate.

“Spend more on cloning, and spend it now,” the world’s biotech industry urges each country to compete with its neighbor, “lest you fall further behind in the biotech race.”

What “biotech” race? I thought the goal was “treatments and cures.”

Because of moral debates over cloning, warnings in the U.S. and Great Britain regarding cloning’s impracticality have been louder and more frequently offered than anywhere else — and nowhere have they been more ignored.

Research-related industries promote ES and cloning as mankind’s “brightest hope” for “miracle cures.” Such claims move these issues beyond purely scientific, medical, or ethical debates. They become emotional fodder for broad social or political agendas. Any who oppose ES and cloning are portrayed as “religious zealots blocking life-saving cures,” regardless whether their objections are moral, fiscal, or practical. Whereas credible advances involving alternatives to ES or cloning are ignored or dismissed by those with axes to grind – financial, political, or social.

The fact that therapeutic cloning represents the longest, most expensive road for science to travel with the least chance of practical use has little to do with its political and social worth.

In America, biotech issues have become subtle weapons used to discredit Bush, the war in Iraq, conservative philosophy, conservative economics, and not only moral and ethical thought, but also to discredit morals and ethics in principle. However, industry incentives for cloning have little to do with social aspects of life.

The push for cloning concerns the direction of science – its purpose, stability, and growth. It concerns vast public resources allocated in trust for the public’s good. It concerns 500 billion dollars in worldwide pharmaceutical revenues. It concerns the hopes of basic researchers for patents, licensing fees, royalties, and profits.

But the push for cloning does not concern the foreseeable advent of treatments and cures. These are enticements used to sell cloning to the desperate and trusting, which divert attention and resources away from practical causes for foreseeable hope.

Herein lies the core of the Korean cloning scandal. Researchers frequently use Disability and disease to justify basic research. In turn the public trusts scientists to objectively produce treatments and cures. But scientists are not above lying – not to the public, not to each other, and not even to themselves.

“To start with, people need a fairy tale,” said Ron McKay, Ph.D., a stem cell researcher at the National Institute of Neurological Disorders and Stroke, to Rick Weiss of the Washington Post, “Maybe that’s unfair, but they need a story line that’s relatively simple to understand.”

McKay suggests this “need” for why scientists haven’t corrected the public’s misconception that stem cells could cure Alzheimer’s Disease, which scientific experts have strongly doubted for years.

However, Dr. James Battey, who directs stem cell research at the National Institutes of Health (NIH), speaks of the conflicting relationship between clinical trials, which prove or disprove the worth of potential treatments, and basic research funding:

“Basic research with stem cells is just as deserving of support as therapeutic trials,” says Battey, “but it’s a much harder sell.”

Trust is everything in Science. The lives and future of the human race are entrusted to Science. We want to believe that the primary goal of scientists is to improve our lives and safeguard our futures – not theirs. The reverse is unthinkable. Yet, what society wants from Science and what scientists want from Science may not be the same.

“Ordinary people care about the destinations of science – the answers, the miracles, the cures. But a scientist cares most deeply about the journey itself.” So said Nobel laureate Harold Varmus, former director of the National Institutes of Health, to James Fallows of New Yorker.

Problems arise when Science claims that its destination and ours are the same — then meanders in its own direction.

“Although the interest of scientists and those with disabilities may overlap to some degree, they absolutely do not coincide.” says Laurance Johnston, former Director of Scientific Review for the NIH Institute of Child Welfare and Human Development. “However,” he adds, “scientists howl in anguished protest when this is suggested to them.”

The world should reconsider “who wins and who loses” in the frantic push for ES and cloning research. These directions may offer more financial incentives to research related industries than umbilical cord blood and adult stem cells. But the ’embryonic and cloning’ course will exact a weary toll not only in public funds, but also in the lives of those who await their dreams in trusting, but futile hope.

I thank Korea’s doctors for advancing umbilical cord blood treatment for spinal cord injury. I wish that American scientists shared their practical ethics. I commend Korea’s media for upholding its professional code. I wish the American mainstream media shared the Korean media’s regard for unbiased truth.

Back on His Feet

MARS® Drink gets spinally injured teenagers back on track